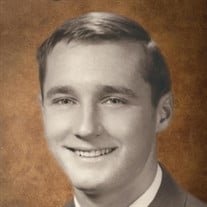 William David “Repete” Roberts, Sr., age 74, of Buford, Georgia, passed away on Sunday, December 12, 2021, at his home surrounded by those who loved him after an extended illness. He was preceded in death by his wife of 51 years, Rebecca “Becky” Winn Holt Roberts on September 12, 2018; parents, John Reed Roberts, Jr. and Lillian Puckett Roberts; sister, Dorothy Ann Roberts; and brother, John R. Roberts, III. He is survived by two sons, Christopher Reed Holt Roberts of Suwanee, GA and William David Roberts, Jr. and his wife, Lisa of Statham, GA; two grandsons, Justin Roberts and his wife, Crystal and their son, Hudson all of Monroe, GA and Dalton Roberts of Statham, GA; two granddaughters, Nicole Roberts Whisenant and her husband, Will and their children, Kimberly & Cayden all of Jefferson, GA and Devan Roberts Klamon and her husband, Jay and their daughter, Esme all of Commerce, GA; Justin, Dalton and Nicole’s mother, Brenda Crawford Roberts of Bethlehem, GA; sister-in-law, Margaret Winn Holt Mathis and her husband, Charles, of Lawrenceville, GA; brother-in-law, Dr. William “Bill” Grady Holt, III of Birmingham, AL; also several nieces, nephews and a host of friends. David was born on December 19, 1946, in Buford, Georgia to John Reed Roberts, Jr. and Lillian Puckett Roberts. He was a 1964 graduate of Buford High School where he participated in football, basketball and baseball. He graduated from the University of Georgia in 1969 with a BS degree in Mathematics. David worked for thirty-one years as an Engineer for Western Electric and Lucent Technologies. He loved watching and assisting the Georgia DAWGS. He was a recruiter for UGA and served as Vice President of the Gwinnett County Bulldog Club. He was of the Baptist faith and was known as a kind, gentle man who would do anything for anyone. Repete will be missed by his family and close friends. Visitation for William David “Repete” Roberts, Sr. will be held on Friday, December 17, 2021, from 1:00 P.M. until 3:00 P.M. at Tom M. Wages Lawrenceville Chapel. The Service Honoring the Life of David Roberts will be held after the visitation at 3:00 P.M. in the Chapel at Tom M. Wages Lawrenceville with Rev. Dr. Joeann H. Malone, Ph.D. officiating. Interment will follow at Shadowlawn Cemetery. Condolences may be sent or viewed at www.wagesfuneralhome.com. Tom M. Wages Funeral Service, 120 Scenic Hwy., Lawrenceville, GA 30046 (770-963-2411) has been entrusted with the arrangements.

William David &#8220;Repete&#8221; Roberts, Sr., age 74, of Buford, Georgia, passed away on Sunday, December 12, 2021, at his home surrounded by those who loved him after an extended illness. He was preceded in death by his wife of 51 years,... View Obituary & Service Information

The family of William David "Repete" Roberts Sr. created this Life Tributes page to make it easy to share your memories.

Send flowers to the Roberts family.