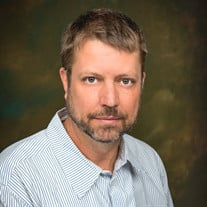 William Edward Kelly, Jr., 54, passed away on January 23, 2021 in Lilburn, Georgia. He was born on October 25, 1966 in Atlanta, Georgia to William Edward Kelly and Carol Johnson Kelly. Ed grew up in Lilburn, Georgia, where he graduated from Greater Atlanta Christian School in Lilburn, Georgia in 1984. After high school, he attended Campbell University in Blues Creek, North Carolina. He worked for approximately 10 years at First Baptist Church Atlanta as audio/visual technician/stage manager and so much more. As a talented musician and DJ Ed formed an entertainment group that has come to be known as The Bar Game Guys, providing entertainment and encouragement to all who join them at the incredible venues that have chosen to employ them. Ed married Alyson Sloan Tipps in 2001, in Atlanta, Georgia. They were happily married for 3 months shy of 20 years. Ed was a member of the state Chairman of the Georgia Federation of the Young Republican Club and also served as Chairman of the Atlanta Young Republicans, over the timeframe of 1994 - 2000. He served on the Grace Fellowship Church worship team at Snellville playing bass guitar. Ed was also a member of several bands, over the years, as bass guitar player with the most notable being the “Dixie Wreck Band” and “Nobody”. Ed is survived by his spouse, Alyson Tipps Kelly of Lilburn, Georgia; his daughters, Sloan Elizabeth Kelly, Kate Kelly, and Sadie Best Kelly of Lilburn, Georgia; his parents, William Edward Kelly and Carol Johnson Kelly; his sister, Mandy (Kelly) Stertzbach of Monroe, Georgia; and his nieces and nephews and other relatives. An outdoor service to celebrate the life of William Edward Kelly, Jr., will be held using current social distancing measures with face masks recommended. The service will be held at Grace Fellowship Church, 1400 Dogwood Rd, Snellville, Georgia at 2:00 p.m. on January 30, 2021. In true “Ed” fashion, please dress in the way that makes you feel most comfortable. In lieu of flowers, the family requests memorial donations be made through a fund that has been established to assist with the financial support for the family, by sending a personal check to Sunni Kelly, 5179 Beech Forest Drive, Lilburn, GA 30047 or by using Zelle through your banking app for sunnigirl or Venmo [http://www.venmo.com/] for sunni-kelly. Condolences may be left on Ed Kelly’s online guest book at https://www.wagesfuneralhome.com/obituaries/William-Kelly-45/.

The family of William Edward "Ed" Kelly, Jr. created this Life Tributes page to make it easy to share your memories.

Send flowers to the Kelly, family.