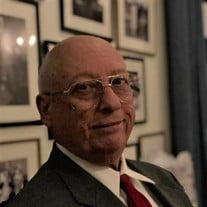 Victor D. Johnson (October 1943–January 2021) — it is with great sadness that we mourn the passing of Victor Dale Johnson of Lilburn, GA, who lost his battle with Covid-19 on Saturday, January 30. He was preceded in death by his parents Axel Johnson and Frances Farnsworth Johnson and survived by his loving wife of 51 years, Carolyn Johnson; his daughters, Raechel Alexander and Emily Lively; and his son, John Johnson; as well as seven grandchildren: Emma and Max Alexander; Jack and Dylan Johnson and Samantha Mitchell; and Kyle and Nick Lively. Vic, as he is known to family and friends, was a young 77 years old when he passed. Vic was Born in Buffalo, NY in 1943 and grew up in Collins, NY. He graduated from Gawanda Highschool, and then went on to attended Eire County Technical Institute, where he earned his Associate of Science in Structural Engineering degree. In 1969, on a memorably cold and icy day at Niagara Falls, Vic proposed to the love of his life Carolyn Beaty. Later that year, during one of Buffalo’s many blizzards and with the words “Help” unknowingly written by one of his groomsmen in shoe polish on the bottom of his shoes, he married Carolyn and they began their life together in Snyder, NY. While they lived in numerous places throughout the country—each of their three children were born in a different state—they finally settled in Lilburn, GA. In addition to their three beautiful children, they also had two cats and a beloved dog, Sally, as well as numerous hamsters and an iguana named Slash. Vic was an avid lover of dogs, and family and friends are confident that when he crossed over, Sally was there to greet him with a frisbee and a wagging tail. As a Mechanical Engineer for more than 50 years specializing in conveyors, the impact of Vic’s work can be felt at Hartsfield International Airport, Amazon, Nike and many other places. He really knew how to get people and products moving. The bulk of his time in the industry was with Dematic Conveyors (formerly Rapistan Conveyors). Since Vic was never one to just lay idle, even after retirement he worked as an independent contractor, both domestically and in Canada. Victor D. Johnson dedicated Honest and Faithful Service to the United States of America while serving in the United States Army from May 21, 1965 through May 20, 1971. Victor achieved the rank of Sergeant, E5, and as a Non Commissioned Officer, he was able to influence and positively impact the soldiers that he was in charge of. Victor served with the 562nd Artillery Unit of the 7th US Army while stationed in Germany. Victor was awarded the Good Conduct Medal, the National Defense Service Medal and the Sharpshooter (Rifle) Medal during his time of service. We owe a debt of gratitude to SGT Victor D. Johnson for his service, for his respect and for his love of our country. We salute you, Vic. Vic’s love for his family could only be matched by his passion for vintage cars—specifically mustangs—college football (Go DAWGS!!!), and boating. He was an active member of the Ford Mustang Club and the proud owner of many Mustang Cobras (aka the loudest cars in the neighborhood). Oftentimes he would talk about his beloved ’67 Ford Mustang Fastback or wake up early and pour over the sports pages, passionately providing all that passed within earshot stats on local high school players that he would follow through their college and professional football careers. He was a Life Scout and recently reignited his passion for the Pinewood Derby by going ‘all in’ helping his grandson with his first car which came in 3rd place in his Boy Scout Pack. In lieu of flowers, please consider making a contribution to Wounded Warriors in the name of SGT Victor D. Johnson at support.woundedwarriorproject.org. A celebration of life is to be scheduled for the summer of 2021. Condolences may be sent or viewed at www.wagesfuneralhome.com. Tom M. Wages Funeral Service, A Family Company, 3705 Highway 78 West, Snellville, GA 30039 (770-979-3200) has been entrusted with the arrangements.

Victor D. Johnson (October 1943&#8211;January 2021) &#8212; it is with great sadness that we mourn the passing of Victor Dale Johnson of Lilburn, GA, who lost his battle with Covid-19 on Saturday, January 30. He was preceded in death by his... View Obituary & Service Information

The family of Victor Dale Johnson created this Life Tributes page to make it easy to share your memories.

Send flowers to the Johnson family.