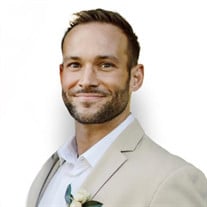 Gordon Lawrence Hixson, III (Trey) 38 of Loganville, Georgia passed away Thursday, December 23, 2021. Trey was preceded in death by his grandfather, Gordon Lawrence Hixson of Chattanooga, TN.; and his grandparents, Marvin and Bettye McPherson of Decatur, Georgia. He is survived by his wife, Jackie Giovinco Hixson; son, Gordon Lawrence Hixson, IV (Gio); daughter, Mila Jo Hixson; Trey is also survived by his parents, Gordon Lawrence Hixson, Jr. (Gary) and Sharon McPherson Hixson; his brother, Benjamin Hixson (Megan); sister, Laney Hixson Whiteneck (Peter); nephew, Benjamin Hixson, Jr; and grandmother, Bobbie Hixson of Chattanooga, Tennessee. Trey grew up in Stone Mountain, Georgia and was a graduate of Greater Atlanta Christian School. He was a lifelong fan of the University of Tennessee Volunteers. Trey worked on some of the most groundbreaking television and films of the last decade that include Marvel Studios and Netflix. Trey was completely devoted to his family. He was a loyal friend, protector and always stood up for the defenseless. He was humble and kind. He was most proud of his wife and beautiful children. Services will be announced at a later date. Condolences may be sent or viewed at www.wagesfuneralhome.com. Tom M. Wages Funeral Service, A Family Company, 3705 Highway 78 West, Snellville, GA 30039 (770-979-3200) has been entrusted with the arrangements.

The family of Trey Hixson created this Life Tributes page to make it easy to share your memories.

Send flowers to the Hixson family.