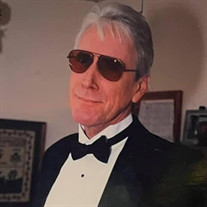 Thomas Malone, 71, passed peacefully on Wednesday, May 26, 2021 at our home in Bethlehem Georgia. He leaves a large circle of family and friends. Mr. Malone was born in Brooklyn, New York on September 5, 1949, the youngest of six children born to Martin Malone and Mary Malone (McGing). He attended Nazareth High School in Brooklyn before enlisting in the Marine Corps. He moved to Staten Island, New York and lived there for many years before moving to Snellville, Georgia, eventually moving to Bethlehem, Georgia. He served with the City of Atlanta Fire Department for 25 years. During that time, he worked as a fire fighter, EMT, arson investigator, OPS investigator and a lieutenant at fire communications 911. He loved his work and had many friends in the department. He is survived by his wife Carolyn (née Galante), two daughters, Brianne Patton (Jason) of Good Hope, Georgia and Rebecca Malone of Dacula, Georgia, two loving grandsons Jase Randall Patton and Judson Thomas Patton and his loving pup Logan. Other surviving family members are his brother Martin J. Malone of Brooklyn, New York and sister Marie Malone of Hudson, Florida. He was preceded in death by his brothers Vincent Malone and John Malone, and sister Patricia Straka. He leaves behind many nieces and nephews. A funeral service honoring the life of Thomas will be held on Wednesday, June 2, 2021 at 10:00am at Tom M. Wages Lawrenceville Chapel. The family will receive friends on Tuesday, June 1st from 1:00pm-3:00pm and 5:00pm - 7:00pm. Condolences may be sent to or viewed at www.wagesfuneralhome.com. Tom M. Wages Funeral Service LLC, “A Family Company”, 120 Scenic Hwy Lawrenceville, GA, 770-963-2411, has been entrusted with the arrangements.

Thomas Malone, 71, passed peacefully on Wednesday, May 26, 2021 at our home in Bethlehem Georgia. He leaves a large circle of family and friends. Mr. Malone was born in Brooklyn, New York on September 5, 1949, the youngest of six children born... View Obituary & Service Information

The family of Thomas Malone created this Life Tributes page to make it easy to share your memories.

Send flowers to the Malone family.