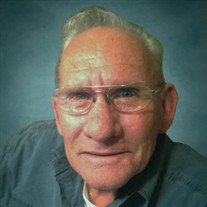 Click to view Livestream Mr. Thomas Elton Cowan, age 73, of Conyers, Georgia was called to be with GOD on January 11, 2021. Thomas ‘Tommy’ Cowan was the eldest son of the late Thomas ‘Porter’ Cowan and Dorothy ‘Dot’ Cowan of Chamblee, GA. Tommy attended Chamblee High School back when they carved on the walls with rocks. Tommy married Barbara Diane Nolan and together had four sons; Anthony ‘Tony’ Cowan, Glenn Cowan, Chris Cowan and Kenneth ‘Kenny’ Cowan. Thomas Cowan was a loving husband, devoted father, and dedicated public servant. Tommy retired from the DeKalb County Fire Department at the rank of Captain, following 25 years of devoted service to the citizens of DeKalb County. During his tenure with the DeKalb County Fire Department, he was affectionately known as Captain T-Bird. After the untimely passing of Barbara Cowan in 1991, he met and later married Wanda Weaver. After retiring from the Fire Department, Tommy followed his dream of traveling the southeast and living the simple life with Wanda for several years, before settling in Stuart, FL. After the untimely passing of Wanda, Tommy later returned to Georgia, living in Buford, where he became well known among the staff of Gwinnett County Fire Station #24, through multiple 911 calls to “test their response time”. He relocated to Conyers, GA in 2017, where he remained until GOD called him home. He is survived by his sister, Wanda Cohen of Roswell, GA; a brother, Tim Cowan of Loganville, GA; his four sons: Anthony ‘Tony’ Cowan of Covington, GA; Glenn Cowan of Athens, GA; Christopher ‘Chris’ Cowan of Lilburn, GA and Kenneth ‘Kenny’ Cowan of Snellville, GA; nine grandchildren: Alyssa Cowan, Austin Cowan, Emily Cowan, Avery Cowan, Brian Cowan, Anna Bas, Chelsea Cowan, Hunter Cowan, and Mackenzie Cowan; one niece, Lauren Cohen; two nephews, Jason Cohen and Preston Cohen; several step grandchildren; great nieces and nephews; step nieces and nephews; and nine great-grandchildren. All memorial service arrangements will be hosted by Tom M. Wages Funeral Home at 3705 US-78, Snellville, GA 30039. Visitation for friends and family will be Friday, January 15, 2021 from 6pm to 8pm. A memorial service for Tommy Cowan will be held on Saturday, January 16, 2021 at 11am with procession to Floral Hills Memory Gardens, Tucker, GA, where he will be laid to rest between his parents and Barbara Cowan. In lieu of flowers, memorial donations may be made to the Georgia Firefighters Burn Foundation, https://www.gfbf.org/. You can view the service, which will be livestreamed, either by going to the Tom M. Wages Facebook page or by clicking the blue link, on the obituary page, on our website. Due to the current COVID-19 regulations, our staff is committed to taking care of our guests and families that we serve. Please understand that we will be limiting the amount of people at our chapel for visitations and services. We also ask all guests and family members attending visitations and services to please bring and wear a mask. Condolences may be sent or viewed at www.wagesfuneralhome.com. Tom M. Wages Funeral Service, a family company, 3705 Highway 78 West, Snellville, GA 30039 (770-979-3200) has been entrusted with the arrangements.

The family of Thomas Elton Cowan created this Life Tributes page to make it easy to share your memories.

Send flowers to the Cowan family.