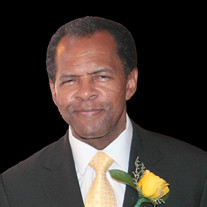 To view the service for Mr. Thaddeus June please select this link Thaddeus Oscar June age 66 of Stone Mountain, Georgia, passed away Friday, January 28, 2022, in his sleep after a long illness. Thaddeus was preceded in death by his parents, Mitchell June and Pauline (Bailey) June. Thaddeus was married to his wonderful wife for more than 44 years and raised three loving children. He is survived by his wife, Esther Avis Humphrey June of Stone Mountain, GA; children, Philip (Christa) June of Huntington Beach, CA, Eden (Ashwin) June Michael of Dubai, United Arab Emirates, and Dominic June of Rosarita, Mexico; grandchildren, Ravyn, Jaylen, Aria, Philip, and Isabella; great-grandchild, Rayna; sister, Paulette Givhan; aunt, Ennis McDaniel; numerous nieces, nephews, other relatives and a host of friends. Thaddeus was born in Birmingham, Alabama on January 11, 1956. In elementary school, he participated in one of the first gifted programs for African-American students taught by the distinguished Alexinia Y. Baldwin. Later, while attending Phillips High School, he was drum major of the marching band, valedictorian, and member of various prestigious academic national honor organizations. He attended the University of Alabama, Tuscaloosa earning a Bachelor of Science in Commerce and Business Administration. Later, he earned a Master’s Certificate in Project Management from George Washington University. He worked as a Project Manager and Executive for one of the world’s largest telecommunications companies for more than 30 years. After accepting Christ in college, Thaddeus became heavily involved in church organizations and telling people about Christ. He was often a mentoring elder and trusted counsel for pastors. He eventually wrote a book on spiritual growth titled Divino Sapien: The Divine Person Inside You Grows Up. He will be missed by his beloved Esther, adoring family, and the many lives he touched during his lifetime. Thaddeus was a lifelong supporter of children and a steadfast advocate of education. A Celebration of Life service for Thaddeus June will be held at 11:00 AM on Saturday, February 12, 2022 at Tom. M. Wages Funeral Service, Snellville Chapel. The family will receive friends on Saturday, February 12, 2022 from 10:00 AM until the hour of service. In addition to flowers, memorial donations may be made to the Smart Kid, Smart Lunch program, which provides nutritious summer meals and enrichment activities for nearly 7,000 children across Georgia, at https://actionministries.net/hunger/. Due to COVID-19 regulations, our staff is committed to taking care of our guests and families that we serve. We also ask all guests and family members attending visitations and services to please continue social distancing and if desired to bring and wear a mask. Condolences may be sent or viewed at www.wagesfuneralhome.com. Tom M. Wages Funeral Service, A Family Company, 3705 Highway 78 West, Snellville, GA 30039 (770-979-3200) has been entrusted with the arrangements.

The family of Thaddeus June created this Life Tributes page to make it easy to share your memories.

To view the service for Mr. Thaddeus June please select this...

Send flowers to the June family.