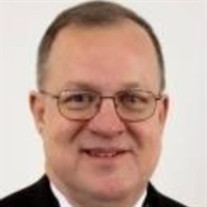 Ronald Durant Jones of Tucker, Georgia passed away peacefully at his home on September 13, 2021 at the age of 75. Ron was born on March 28, 1946, grew up in Camilla, Georgia, and graduated from Michell County High School in 1964. He was preceded in death by his adopted parents, Durant Jones and Myrtle Jones Marshall; step-father, Jake Marshall; step-sister, Judy Whited; and step-niece, Leah Whited. Ron was also preceded in death by his loving canine companion, Max. Mr. Jones is survived by step-brother, Gerald Marshall and wife, Pat; niece, Vanessa Pinkerton and husband, Grady; great nephew, Marshall and great niece, Vivian, of Austin, Texas; and step-sister, Janet Hill and husband, Bob and nephew, Robert Hill and niece, Holly Hill Haynes and their children in Florida. Ron is also survived by many cousins and other relatives of the Sharpe family who loved him dearly. Ron attended Mercer University, class of 1968 and graduated from the University of Georgia with a Master’s degree of Fine Arts in 1974. Ron had a diverse career in teaching music and drama and was later employed by Sales Technologies, Inc. from 1990 to 2003, after which he retired. He sang bass along with his beloved group of friends and members of the Atlanta Gay Men’s Chorus. Ron first joined AGMC for the holiday concert of 1996, and would have continued to sing with them if it weren't for health issues over the last few years. He was also the first-ever recipient of the AGMC Salo's Halo Award for his untiring volunteer contributions to the chorus. Ron will be lovingly remembered as a kind and gentle soul who cared greatly for his friends and family. A Celebration of Life will be held at a future date. Condolences may be sent or viewed at www.wagesfuneralhome.com. Tom M. Wages Funeral Service, 3705 Highway 78 West, Snellville, GA 30039 (770-979-3200) has been entrusted with the arrangements.

Ronald Durant Jones of Tucker, Georgia passed away peacefully at his home on September 13, 2021 at the age of 75. Ron was born on March 28, 1946, grew up in Camilla, Georgia, and graduated from Michell County High School in 1964. He was preceded... View Obituary & Service Information

The family of Ronald D. Jones created this Life Tributes page to make it easy to share your memories.

Send flowers to the Jones family.