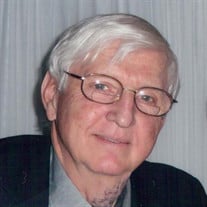 Roger S. Decker, age 85, after a long, valiant fight with Acute Myeloid Leukemia, went home to his Creator on Wednesday, June 9, 2021. He is preceded in death by his parents Sylvester “Bud” Decker, his mother Clara Schneider Decker, his siblings Doris, Charles, Eula Mae, and John as well as his son Brion John Decker. Roger’s legacy lives on in his wife of 30 years, Karen Butler Decker, and in his sons Colin James (Michelle) Decker, Roger Todd (Robin) Decker, Stuart William “Bill” (Jenny) Decker and Steven Christopher Decker. He also leaves 6 grandchildren, John Decker, William Decker, Christopher (Heather) Decker, Daniel Sams, Sarah Brasher and Rebecca Rawlings. As well as 2 great-grandchildren Marlee Grace Diaz and Jameson George Todd Decker. After proudly serving his country in the US Army, Roger graduated from Buena Vista College with a Bachelor’s degree in Sociology in 1957. He then earned his Master’s degree in Rehabilitation Counseling at the University of Iowa in 1962. From there he attended the University of Georgia where he earned his Education Specialist degree focusing on Counseling and Psychology in 1977. Roger used his degrees and knowledge throughout his career. He was a Visiting Instructor and Project Director at the University of Georgia in the College of Education from 1974 - 1978 and at Emory University School of Medicine where he was an Assistant Professor and Director of Training from 1978 to 1983. From 1984 - 2020, he worked as a consultant providing vocational expert services in Social Security Disability appeal hearings. Roger gave generously of his time volunteering with many worthy organizations. He was a member of the American Legion where he held positions at both the Post and District levels. These positons included representative for Veterans Administration Voluntary Services (VAVS), Boys State Program Director and Commander. In 2013 he was honored as Legionnaire of the Year. For more than a decade Roger volunteered at the Delta Atlanta Military Lounge at Hartsfield Jackson International Airport, a lounge that offers a refuge to military members and their families as they travel through Atlanta. In 2016 he was honored with a special award for 10 years of service to the lounge, its mission and our military members. As an active member of the military organization, The Forty & Eight La Societe, he held numerous positions at the local and state levels including Director of Nurses Training Scholarship Program, Chef de Gare (President) and Grand Chef de Gare. Roger was a member of the Benevolent and Protective Order of Elks where he was their representative for the VAVS at the Atlanta VA Medical Center. He also was a member of The Old Guard of the Gate City Guard and held the rank of Colonel. In 2019 he held the position of Commandant. He participated in many events supporting the purpose of the Old Guard which is to represent the national service by our citizens in uniform who have answered the call of their country in times of war and in peace, a cause Roger supported very strongly. In addition to his busy and productive career, Roger and his wife Karen were active members of the Atlanta Friendship Force, an international organization that provides opportunities for travel around the world staying with host families. They traveled to over 30 countries with the Friendship Force and on their own and entertained numerous representatives in their home. He served a year as President of the Friendship Force. Roger worked tirelessly whether it was for his family, his job or the organizations he volunteered for. He was a devoted and caring husband, father, grandfather, great-grandfather and friend. He will be greatly missed. Special note: Roger and Karen met on the dance floor and together they perfected their many dance steps. Karen’s last words to her husband were, “I look forward to dancing with you in Heaven once I get there!” In lieu of flowers we ask that you make a donation in Roger Decker’s name to the Leukemia Research Foundation 191 Waukegan Road, Suite 105, Northfield, IL 60093-2744 https://allbloodcancers.org/donate/tribute-gift in memory of. Condolences may be sent to or viewed at www.wagesfuneralhome.com. A memorial service honoring the life of Roger will be held on Saturday, September 11, 2021 at 2:00pm at Tom M Wages Funeral Service 120 Scenic Hwy Lawrenceville GA 30046 770-963-2411, has been entrusted with the arrangements.

The family of Roger S. Decker created this Life Tributes page to make it easy to share your memories.

Send flowers to the Decker family.