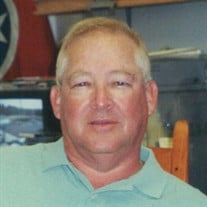 Robert C. (Bob) Stokes Robert C. “Bob” Stokes of Dacula, Georgia, formerly of Knoxville, passed away Friday, December 3, 2021, apparently as a result of post operative complications following recent knee surgery. A pulmonary embolism is believed to have caused his death. Bob was predeceased by his parents, J.P. & Thelma Stokes; his sister Elaine Stokes Boatman; and two brothers in law, Ray Merritt, Jr. and William “Boaty” Boatman. He is survived by his wife of 54 years, Brenda Merritt Stokes and sons Adam (Joy) and Eric (Rachel), as well as grandchildren Korben, Kiley, Bryce and Riley; brother Billy (Bay) Stokes and several nieces and nephews. Bob was a 1965 graduate of Rule High School and very proud of his Golden Bear heritage and remained close friends with many classmates. As a teenager, Bob was active in the Civil Air Patrol as well as working for A.B. “Bernie” Roach at the Gulf Station on Broadway. Shortly after graduation, Bob enlisted in the US Army, where he was trained as a medical laboratory technician, serving at Fort Rucker in Alabama and Heidelberg, Germany until 1969. Upon his honorable discharge, Bob returned to Knoxville and began his career at Ft. Sanders Hospital where he worked for 12 years. His talent there caught the eye of American Dade, Inc., a leading manufacturer of medical laboratory diagnostic equipment. He accepted its offer of employment and enjoyed a long and successful career as that company continued to grow, ultimately becoming Siemens Diagnostics, from which Bob retired as Region Director. Bob was an avid golfer, scoring three holes-in-one, and “lake guy” until suffering a stroke about a year ago. He was working hard at recovery and doing much better, looking forward to resuming his hobbies of golf, lake life, spending more time with his grandchildren and continuing travel adventures with Brenda. Bob and Brenda had visited many fascinating places throughout the USA and abroad and hoped to see much more. Bob was also an avid reader and accomplished cook, able to recreate many of his Mom’s favorite dishes, including biscuits and gravy and other home cooked meals. We all will miss Bob’s skill in the kitchen, especially during the holidays when he was able to put together many memorable feasts. A celebration of Bob’s life, adventures and many accomplishments will be held at a later date. In lieu of flowers, Bob’s family requests donations in his memory to the Dacula High School Band at paypal.me/daculaband. Condolences may be sent or viewed at www.wagesfuneralhome.com. Tom M. Wages Funeral Service, 120 Scenic Hwy., Lawrenceville, GA 30046 (770-963-2411) has been entrusted with the arrangements.

The family of Robert Stokes created this Life Tributes page to make it easy to share your memories.

Send flowers to the Stokes family.