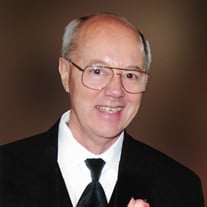 Robert Miller Stegall, age 75 of Lawrenceville, GA., passed away Tuesday, December 14, 2021. Rob was preceded in death by his father the late, Dr. Robert Edward Stegall; mother, Helen Miller Stegall Williams; stepfather, Tom G. Williams. He is survived by his wife, Judy Fuqua Stegall; son, Robert Justin Stegall (Ashley) of Lawrenceville, GA, daughter, Lauren Stegall Cone (Jarrod) of Decatur, GA; grandsons, Miles and Wyatt Cone; sister, Susan Turner(Terry) of Moultrie, GA; brother, Jack Stegall (Tina) of Hilliard, FL. Rob graduated from North Georgia College with a B.S. in Business. In June 1968 he was commissioned in the US Army as a Second Lieutenant. He faithfully served his country with the HHC, 2nd, BN, 5th CAV of the 1st Calvary Division (Airmobile) in the Republic of Vietnam for the period May 1970 to May 1971. Stateside as a Captain he was stationed at Fort Dix, NJ as an Infantry Basic Training Company Commander. After leaving the service he pursued a career in banking at Citizens and Southern National Bank, now known as Bank of America, in Atlanta, GA. He was a Senior Vice President when his career was prematurely ended in 1991 due to an accident. He earned an MBA in Finance from Georgia State University and the University of Miami. He continued to be a vital part of his community serving at his beloved Cannon UMC, volunteering at local school libraries and participating in various social activities across Gwinnett. Known for his integrity, dependability and sense of fun, Rob was most known by his strong unyielding faith, even when faced with physical limitations and hardships. He will be missed by many, but none more so than his devoted wife of 53 years, the last 30 as his full time caregiver. The service to celebrate the life of Rob will be held on Saturday, December 18, 2021 at 2:00 PM at W.R. Cannon United Methodist Church, Snellville, GA. The family will receive friends on Friday, December 17, 2021 from 5:00 PM until 8:00 PM at Tom M. Wages Snellville Chapel, Snellville, GA. Those desiring to make donations in lieu of flowers to, Cannon UMC, 2424 Webb Gin House Road, Snellville, GA 30078 or to The Eagle Fund at the University of North Georgia, UNG Foundation, Inc., PO Box 1599, Dahlonega, GA 30533, in honor of Rob Stegall. Due to COVID-19 regulations, our staff is committed to taking care of our guests and families that we serve. We also ask all guests and family members attending visitations and services to please continue social distancing and if desired to bring and wear a mask. Condolences may be sent or viewed at www.wagesfuneralhome.com. Tom M. Wages Funeral Service, A Family Company, 3705 Highway 78 West, Snellville, GA 30039 (770-979-3200) has been entrusted with the arrangements.

The family of Robert M. Stegall created this Life Tributes page to make it easy to share your memories.

Send flowers to the Stegall family.