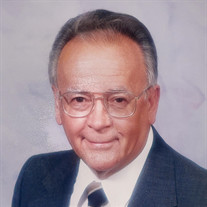 On Friday, February 25, 2022, Robert Frederick Kleyling, loving husband and father of two daughters, five grandchildren and four great grandchildren (with another one on the way), passed away at the age of 90. Robert (Opa) was born in Stuttgart, Germany on September 2, 1931. He came to the United States in 1954, his wife (Oma) following soon thereafter. He was so proud to be able to get a Bachelors of Art Degree in Accounting at William Paterson College in New Jersey in 1976. He then obtained his Realtors’ License in New Jersey in 1980 and after obtaining his broker’s license, opened his own Real Estate Company with Century 21. He also received a Real Estate Appraisers License in 1990. Opa was always busy on the computer and enjoyed working in the garden and yard to make it look perfect. The love that he had with his charming wife Ursula (Oma) was something so beautiful. Oh how he loved her cooking! In his younger years, he played pro Soccer in Germany and loved watching his grandchildren play his favorite sport, not to mention not wanting to miss soccer games on TV! He enjoyed downhill skiing, tennis and playing chess. His ease of dancing on the dance floor was amazing. Both Opa & Oma dearly loved their little shihtzu, Heidi, for 16 years. His favorite place to be was on the beach in Destin, Florida. We can still see him under the umbrella with is hat on enjoying all the serenity there is at the beach. He was known to all as a “Stock Market Guru” and we all know he is monitoring the stock market from Heaven! Also, we cannot forget how he loved to watch the TV wrestling matches on Monday & Friday nights! Opa was preceded in death by his parents, Anni and Alwin Kleyling; aunt, Martha Kleyling Janser; and cousin, Helen Janser Krisa. Robert is survived by his loving wife of 67 years, Ursula Kleyling; daughters, Sonja Luck and Karen Wall; son in law, Mike Wall; grandchildren, Sean Luck and his wife Laura and their children, Henry and Maggie; Jennifer Delsol and her husband Sage and their children, Jayden and Jordan; Michael Wall and his fiancé Cooper Padgett; David Luck and his fiancé Lis Bayne, and Rachel Wall and her fiancé Chris Conley. The service to celebrate the life of Robert Frederick Kleyling will be held on Saturday, March 5, 2022 at 11:00 AM at St. Oliver’s Plunkett Catholic Church, 3200 Brooks Drive, Snellville, GA. A gathering for all will be in the Family Center after the mass. In lieu of flowers the family asks that you consider a memorial donation to St. Oliver Plunkett Catholic Church, 3200 Brooks Road, Snellville, GA 30078; or to ASPCA, https://atlantahumane.org/ . in memory of Robert Frederick Kleyling. Condolences may be sent or viewed at www.wagesfuneralhome.com. Tom M. Wages Funeral Service, A Family Company, 3705 Highway 78 West, Snellville, GA 30039 (770-979-3200) has been entrusted with the arrangements.

On Friday, February 25, 2022, Robert Frederick Kleyling, loving husband and father of two daughters, five grandchildren and four great grandchildren (with another one on the way), passed away at the age of 90. Robert (Opa) was born in Stuttgart,... View Obituary & Service Information

The family of Robert Kleyling created this Life Tributes page to make it easy to share your memories.

Send flowers to the Kleyling family.