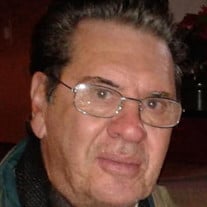 Our father Reynaldo Rodolfo Eggerstedt Nash of German & Peruvian descent whose qualities were of Duty, decency, reliability, honor, dignity & respect was something that my father not only held in high esteem, but practised every day during his time on this earth. He was a serious and disciplined man, but he could never resist the opportunity to have a laugh with friends and loved ones, given half the chance. As a father of two though, he was often happiest when left to his own devices—whether it was building a shed, tending to the garden, or creating something from his own imagination. He was a very crafty and patient dad, and loved nothing more than jump on his scooter and relieve his old youth days. More often than not, he wouldn’t be gone for that long, but admitted that he loved riding it so much, he looked for any excuse to have a spin. . Dad gave his kids & grandkids advice on everything from teaching my kids manners and responsibility, to the other important area of family life: keeping one’s partner happy and the marriage healthy and alive. Dad was a straightforward man who demanded little to nothing from those around him, and who expected only the best for his two children. Dad was always a very giving man to the point that he would build anything for anyone with little or no help alone. I can attest that his final years on this earth were filled with joy whether spending time in Arizona with my older brother Rey & his grandson Reycito, Josh, Sean & Erika or being in Georgia with his other grandkids Andrew, Destini, Javan, Carlitos, Kamden, Addie, Jayden & Paige. To me, Dad was a very humble man & some of his finest qualities were his patience: an inherent ability to listen, to absorb and to offer a point of view based on quiet, measured wisdom. I’ll never forget the times when we were young & my dad would take us to work with him & all three of us would sleep with him on this tiny full size bed at his job site & cook Chaufa for us on this small kerosene burner & the times he would take us shopping or to the movies & also taught his grandkids different games It’s difficult to imagine him not being around and I’m not sure how we will all cope. The grandchildren, and his other loved ones already miss him dearly. Dad always had a serious look on his face but was one of the biggest pranksters i've ever seen. As we gather here today to remember and commemorate his life, let bid him farewell as we mourn the loss of a lively, dignified soul. A soul that brought joy and fulfilment to many, and whose legacy will live on forever. A funeral service honoring the life of Reynaldo will be held on Thursday, April 22, 2021 at 2:00pm at Tom M. Wages Lawrenceville Chapel. Interment will follow at East Shadowlawn Memorial Gardens. The family will receive friends on Thursday, April 22nd from 12:00pm until the time of service at 2:00pm

Our father Reynaldo Rodolfo Eggerstedt Nash of German & Peruvian descent whose qualities were of Duty, decency, reliability, honor, dignity & respect was something that my father not only held in high esteem, but practised every day during his... View Obituary & Service Information

The family of Reynaldo R. Eggerstedt created this Life Tributes page to make it easy to share your memories.

Send flowers to the Eggerstedt family.