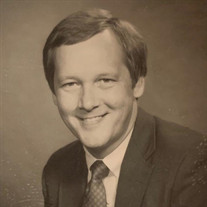 Raymond Lewis Teems of Grayson, GA, passed away peacefully on November 20, 2020, after a battle with cancer. He is survived by his precious wife of more than fifty-one years, Rebecca Wages Teems, and their three sons: Jeffrey Allen Teems of Lawrenceville, GA, and his wife, Brandy; David Scott Teems of Pasadena, CA, and his wife, TJ; and Michael Andrew Teems of Tucker, GA; his brother, John David Teems of Franklin, TN, and his wife Benita; and his faithful dog, Brutus. Ray was the proud grandfather of five incredible grandkids: Carson Allen Teems and Isabelle Makayla Teems of Georgia; McCabe Raymond Teems, Worthy Rebecca Teems, and Livsey Anne Teems of California. Ray was born and raised in Atlanta, GA, the son of John David and Juanita Teems. He attended John B. Gordon Elementary School and East Atlanta High School, where he graduated in 1964. He lettered in four sports, and was a member of the Cocates Trio, a folk group. Ray then attended West Georgia College, where he was a founding member of the Cavaliers, a local fraternity which later affiliated with Pi Kappa Alpha. His sons, Jeff and Scott, both followed in his footsteps and became brothers of PiKA. In 2013, Ray founded the Cavalier Alumni Club, in which he was still an active member upon his death. He graduated from West Georgia, in 1968, with a degree in History. Ray was a member of the Army Reserves, then spent most of his business career in the banking and savings & loan industries, from which he retired in 2009. He also worked in the homebuilding industry, in the 1990s. Ray was a wonderful musician, and played in bluegrass bands, throughout the 1970s and 80s. When he wasn’t playing music, he was listening to it! He also enjoyed playing golf, fishing, painting, watching football, boating on the lake, woodworking, collecting antique cameras, writing, telling tall tales, laughing, and spending time with his friends. But Ray’s true passion was his family. He loved them so much! In 1969, he married Becky, the love of his life, then the boys followed soon thereafter. As they grew, Ray coached them in nearly every sport they played, and was their biggest fan. When they reached high school, Friday nights were spent at the football stadium, and the Parkview community was strong. The memories from those years will last a lifetime. Ray was a beloved uncle, cousin, and in-law, both in his own family and the one he married into. Family reunions were never without laughter when Ray was there! In recent years, nothing made Ray happier than spending his retirement with his five grandkids, visiting them in Georgia and California. Whether fishing at the lake or splashing in the hot tub, time spent with Papa was full of joy and jokes -- and often a whoopee cushion! Ray was really a kid at heart, and that made him the best kind of Papa you could ask for. And in the last couple of years, Ray was immensely blessed by the devotion of his canine buddy, Brutus. Whether reclining in the chair or driving through the neighborhood -- with Brutus on Ray’s knee, head sticking out the window to catch the breeze -- their bond was true, and Brutus brought a new depth of love to the Teems home. Ray Teems was a good and honest and loving man. He taught us all so much, and gifted his family with musicianship, creativity, and a strong work ethic. When he walked into a room, it got lighter. People smiled more. He laughed at his own jokes, and that made you laugh, too. There was never a dull moment when he was around. What a gift it is to know someone like that! He will be missed forever. We'll celebrate the life of Raymond L. Teems on Sunday, April 11, 2021 at 4:00 PM at Vecoma at the Yellow River: 4400 Vecoma Lane Snellville, GA 30039 This will be an outdoor, socially-distanced service, with a reception to follow. Light snacks and beverages will be served. Please note: The service will take place under a covered pavilion, rain or shine. In addition, the service will be professionally filmed and made available for anyone unable to attend. We appreciate your continued support in these difficult times. Thank you, The Teems family Please consider donating, in Ray’s name, to the Livsey Memorial Cemetery Perpetual Care Fund (3172 Randolph Road NE, Atlanta, GA 30345) or the Emory Winship Cancer Institute (winshipcancer.emory.edu). Condolences may be sent or viewed at www.wagesfuneralhome.com. Tom M. Wages Funeral Service, a family company, 3705 Highway 78 West, Snellville, GA 30039 (770-979-3200) has been entrusted with the arrangements.

Raymond Lewis Teems of Grayson, GA, passed away peacefully on November 20, 2020, after a battle with cancer. He is survived by his precious wife of more than fifty-one years, Rebecca Wages Teems, and their three sons: Jeffrey Allen Teems of... View Obituary & Service Information

The family of Raymond Lewis Teems created this Life Tributes page to make it easy to share your memories.

Raymond Lewis Teems of Grayson, GA, passed away peacefully on...

Send flowers to the Teems family.