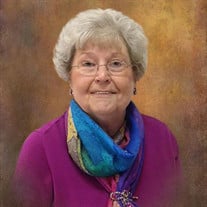 Peggy Jones, age 89 of Snellville, GA, passed away on Monday, September 21, 2020. Peggy was born on 9/29/1930 to Annie Lee Pinson and Dewey Mims, in Powderly, AL. Raised in Birmingham, a Hueytown High School graduate, Peggy married Robert F. Jones, Jr. in 1953. Bob’s job took them to Atlanta and then Tampa. They raised 3 girls, enjoying the beach and family camping trips. One more job transfer brought them back to Atlanta in 1969. Peggy worked for Rich’s North DeKalb for 19 years, enjoying close friendships with coworkers and customers. Peggy and Bob were active in the Elks organization, members of Lodge 78 Stone Mountain and later Atlanta Northlake Lodge. Friday nights often found them on the dance floor at the Lodge; they made a great couple. Involved with the Elks Ladies Auxiliary, Peggy held office at the local and state levels, serving as president of her local auxiliary and a VP of the state auxiliary. In retirement, Peggy took up tennis and played for many years, earning a coveted bag tag. It would become a passion, with many hours spent watching the matches on TV. Peggy took up bridge in 2001, which coincided with Bob’s failing health. It would become something she enjoyed for the rest of her life. She was preceded in death by her parents, Bob; sister, Betty Lee Taylor; and daughter, Jennifer Lyn Jones. She is survived by daughters, Carol Jones Scheer (Roy) and Nancy Jones Trueblood (Dan); grandchildren, Claire Scheer Galloway (George), Robert K Scheer Sr. (Maria) and Amanda Ortmann Dubsky (David); great-grandchildren, Jackson and Benjamin Galloway; Evelyn and Emily Dubsky; Bobby Jr. and Joshua Scheer; and many cherished cousins, nieces, and nephew. The family is so grateful to her many wonderful friends - auxiliary, church, bridge, the “GG” - they all meant so much to her. The Memorial Service to honor and celebrate her life will be held on Saturday, October 17, 2020 at 1:00 PM at Tom M. Wages Snellville Chapel. The family will receive friends on Saturday, October 17, 2020 from 11:00 AM until 1:00 PM at the funeral home. In lieu of flowers, memorial donations may be made to Elks Aidmore, https://elksaidmore.com/. Due to the current COVID-19 regulations, our staff is committed to taking care of our guests and families that we serve. Please understand that we will be limiting the amount of people at our chapel for visitations and services. We also ask all guests and family members attending visitations and services to please bring and wear a mask. Condolences may be sent or viewed at www.wagesfuneralhome.com. Tom M. Wages Funeral Service, A Family Company, 3705 Highway 78 West, Snellville, GA 30039 (770-979-3200) has been entrusted with the arrangements.

The family of Peggy Jones created this Life Tributes page to make it easy to share your memories.

Peggy Jones, age 89 of Snellville, GA, passed away on Monday,...

Send flowers to the Jones family.