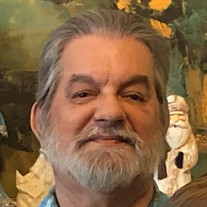 Please check back for a complete obituary. Michael A. Pizzo, age 74 of Loganville, GA, passed away February 13, 2021. Mike was preceded in death by his beloved companion, Nancy Smith; and his mother, Palmira Pizzo. Michael is survived by his children, Melanie (Robert) Darby, Melisa (Terry) Arnold, and Matthew Smith; his grandson and namesake, Michael Arnold; and beloved grandchildren, Gwendolyn and Gideon Darby. Mike also leaves behind his dear friend, Jim Gatto of New Hampshire; his goddaughter, Carolyn Komerska and her family, also of New Hampshire, and his dear cousins Deborah Whyte, Judy Mauro, Joanne Vazzano, Suzanne Martin, Rosemary Haggerty, Cecilia Segretti, and Rick Joaquim. Nancy’s nieces, nephews, and surviving siblings Bob and Sharon Hamelin will also miss Mike. Mike was born on November 1, 1946 in Hartford, Connecticut to M. Sebastian and Palmira Pizzo. He graduated from Bloomfield High School (CT) in 1964 and Fairfield University (CT) in 1968. Mike worked in procurement for the aerospace manufacturer Pratt and Whitney for most of his career. Soon after his retirement, he and Nancy relocated to Loganville, Georgia, to be closer to their children and grandchildren. Michael was an avid collector of many things but especially first edition books and Santa Claus figurines. He put this hobby to good use in his booth at Alley's Attic, in Lawrenceville, where he purchased as much as he sold. Mike really loved history, organizing his collections, and Scooby Doo. He was a generous father, grandfather, and friend. Last December, he lost his beloved companion, Nancy, but never lost his love of life. He stubbornly battled cancer in 2020 and beat it. His lessons of love, laughter, and generosity will not be forgotten. Services will be announced at a later date/time. Condolences may be sent or viewed at www.wagesfuneralhome.com. Tom M. Wages Funeral Service, A Family Company, 3705 Highway 78 West, Snellville, GA 30039 (770-979-3200) has been entrusted with the arrangements.

Please check back for a complete obituary. Michael A. Pizzo, age 74 of Loganville, GA, passed away February 13, 2021. Mike was preceded in death by his beloved companion, Nancy Smith; and his mother, Palmira Pizzo. Michael is survived by his... View Obituary & Service Information

The family of Michael Anthony Pizzo created this Life Tributes page to make it easy to share your memories.

Please check back for a complete obituary.

Send flowers to the Pizzo family.