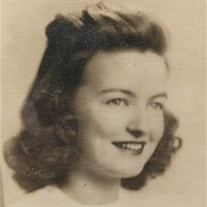 Mary Kay (Coffey) Davey, 95, of Lawrenceville, GA, formerly of Emmaus and Bethlehem, PA, died November 2, 2019 surrounded by immediate family. She was predeceased by her husband Norman in 2010, brother, John M. (Jack) Coffey in 2012; and daughter-in-law, Diane (Bortz) Davey, wife of Rob, in 2003. She is survived by her 3 children, Robert (Rob) Davey (Jeanne Arnold) of Pawleys Island, SC, son and daughter-in-law Jeffrey (Duff) and Debbie (Romig) Davey of Snellville, GA, and daughter and son-in-law Kathryn (Kathy) Davey and Milton (Milt) Wolfson of Ft. Lauderdale, FL; 7 grandchildren, Todd of San Diego, CA, Meredith Davey McLucas (Bryan) of Athens, GA, Heather Davey Doherty (Bill) of Red Bank, NJ, Nicole Davey Sisk (Jamie) of Laurel, MS, Allison Davey Griffin (James) of Brighton, CO, Marnie Owen (Ethan Hausman) and Griffin Wert (Joanna) of Burlington, VT; and 11 great-grandchildren She was born April 28, 1924, in Winsted, CT, the daughter of the late Kathryn Gladys (O’Neill) and Maurice Coffey. A 1942 graduate of the Gilbert School in Winsted, she married Norman Williams Davey on October 4, 1944 in Ardmore, OK. The couple had 3 children, and in 1957, the family moved to Emmaus, PA, where she was active in several clubs (she loved playing bridge!) and civic organizations. After living for several years in Oreland, PA and Center Valley, PA, the couple settled in Bethlehem, PA in 1977. To enhance her keen interest in working with special needs children, Mary Kay earned an Associate Degree in 1979 from Northampton Community College, graduating with a 4.0 average, and continued teaching students with special needs for over 20 mutually gratifying years. After retiring from teaching, she spent many years as a volunteer antiques appraiser at The Elephant’s Trunk in Emmaus. She and Norm loved (and were loved by) all in their Edgeboro neighborhood during their 32 years there. The family will hold private services and requests that memorial contributions be made to a charity of your choice. Condolences may be sent or viewed at www.wagesfuneralhome.com. Tom M. Wages Funeral Service, LLC, A Family Company, 3705 Highway 78 West, Snellville, GA 30039 (770-979-3200) has been entrusted with the arrangements.

The family of Mary Kay Davey created this Life Tributes page to make it easy to share your memories.

Send flowers to the Davey family.