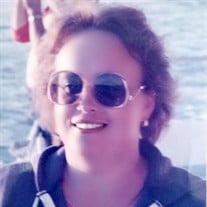 On October 19, 1950 in the small town of Eupora, MS, James H. Boyles, Sr. and Martha Jean Boyles welcomed their first born daughter, Martha Ruth Boyles, who they brought into this world. Ruth was to be the oldest of nine children. On January 30, 1969 people came from miles around and gathered at Temple Baptist Church in Greenville, MS. They'd all come to rejoice because this was the day that John "Johnny" Allen Smith and Ruth Boyles were joined together in Holy Matrimony. Many years passed before they received the news that they would soon be blessed with their first child. On May 27, 1980 in Brandon, MS, Ruth Smith gave birth to their daughter, Amanda "Mandy" Ruth Smith. Ruth was the best mom a child could ever hope for. She loved being a mom but she loved being a Nana even more. In March 1999, her daughter Amanda Ruth Fuller (Smith) gave birth to Allen Walker Wasdin. In March of 2009, Amanda gave birth to Alexa Ruth Fuller. Ruth often joked that if she would of known how much fun grandchildren were she would of had them first! Ruth was devoted to being an amazing mother and wife. She began every day with a cup of coffee and a cigarette. Over a cup of coffee one morning in 1993 Ruth and Johnny decided to open their own Property Title Insurance company, First Guaranty Title, Inc. in Tucker, GA. Ruth was the Executive V.P. until she retired in 2009. Ruth was a one of a kind woman. She was mighty and fierce to only be 5'4" tall. She had a commanding presence about her. When Ruth Smith walked into a room, everyone took notice. She was a force to be reckoned with. Ruth had three other loves in this world, Elvis Presley, her beloved Ole Miss Rebels, and her daily Venti White Chocolate Mocca with no whip from Starbucks. Ruth Smith (Boyles) did everything on her own time, never a woman to be rushed. On January 22, 2022 covered with her beloved pink Elvis Presley blanket with her husband Johnny Smith, her daughter Amanda "Mandy" Fuller (Smith), her son in-law Mark Steven Fuller, and her granddaughter Alexa Ruth Fuller by her side, Ruth Smith went to be be with Jesus and Elvis Presley. In her true style with a phrase that Ruth would want everyone to know, "Ladies and Gentlemen, Ruth Smith has left the building!" There are no services planned at this time. Condolences may be sent or viewed at www.wagesfuneralhome.com. Tom M. Wages Funeral Service, A Family Company, 3705 Highway 78 West, Snellville, GA 30039 (770-979-3200) has been entrusted with the arrangements.

On October 19, 1950 in the small town of Eupora, MS, James H. Boyles, Sr. and Martha Jean Boyles welcomed their first born daughter, Martha Ruth Boyles, who they brought into this world. Ruth was to be the oldest of nine children. On January... View Obituary & Service Information

The family of Martha Ruth Smith created this Life Tributes page to make it easy to share your memories.