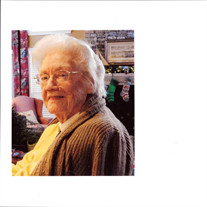 Marie Boatright Curtis, age 97 of Lawrenceville, GA passed away Thursday, September 16, 2021. Marie was preceded in death by her parents, Creed and Viola Boatright; her sisters Nadine Stambaugh, Maxine Ivey, and Creeda Jo Rainwater Nelson; her brother John Boatright; and her son, John Otis Curtis. She is survived by her sister Betty Williams of Gainesville, GA., her son Richard Curtis (Marsha) of Lawrenceville, five grandchildren – Justin, (Heather), Eric, (Alicia), Jim (Madeleine),Tim (Ashley) and Christy (Scott) and five great-grandchildren – Ben, Brennan, Charlotte, Zoe and Kylie. Marie was born in Salina, OK to the late Creed Boatright and Viola Tobey Boatright on October 12, 1923. She was raised in Oklahoma and then lived in Kansas City, MO with her husband, James Nathan Curtis. They divorced in 1968, and she did not re-marry. They had two children, Richard Ivan Curtis and John Otis Curtis. Marie began her career years as a Medical Secretary in Kansas City and continued as an Administrative Assistant in the medical field when she moved to Georgia. She worked at 1st Presbyterian Church of Atlanta as an Executive Assistant to the clergy until her retirement. At that time, she moved to Clarkesville, GA where she lived, enjoying the wild life, birdwatching, gardening, and all that the mountains of North Georgia had to offer, for 17 years. She was gifted in the needle arts of knitting, cross stich and needlepoint and was a great cook as was her mother and her four sisters. Marie continued the legacy of hand-stitched quilting begun by her mother and has left museum-quality quilts for all of her family to cherish. She spent her later years in Lawrenceville, close to her family, enjoying her grandchildren and great-grandchildren. She was a member of the Southern Baptist church in Kansas City and attended Gwinnett Community Church locally. Marie will be remembered for her long life of 97 years, her perseverance, her resilience and her wit, and will be greatly missed. The graveside service will be held on Wednesday, September 22, 2021 at 3:00 PMat Eternal Hills Memory Gardens, Snellville, GA. In Lieu of flowers can be sent to the charity of your choice, in loving memory of Marie Curtis. Due to COVID-19 regulations, our staff is committed to taking care of our guests and families that we serve. We also ask all guests and family members attending visitations and services to please continue social distancing and if desired to bring and wear a mask. Condolences may be sent or viewed at www.wagesfuneralhome.com. Tom M. Wages Funeral Service, 3705 Highway 78 West, Snellville, GA 30039 (770-979-3200) has been entrusted with the arrangements.

The family of Marie Boatright Curtis created this Life Tributes page to make it easy to share your memories.

Send flowers to the Curtis family.