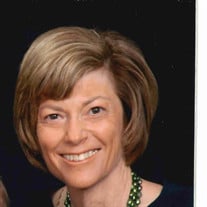 Margaret Ernestine (Martene) Ponder Stansbery passed away peacefully on Thursday, March 3rd, 2022, at her home in Snellville, Georgia, after a brief illness. Born September 3rd, 1944 in Atlanta, Georgia, she was 77. Martene is survived by her husband, Marvin Wayne Stansbery of Snellville, Georgia; and three children, Paul Wayne Stansbery and his wife Dianne, of Fairfax, Virginia, Robert Graham Stansbery and his husband John Pionke, of Springfield, Virginia, and Margaret Lee Stansbery-Galles and her wife Julie Galles of Santa Clarita, California; she is also survived by two beloved grandsons, James Collin and Ryan Matthew Stansbery; she is survived by her three sisters, Mary Frances (Ponder) Jones and her husband Ron, of Greensboro, Georgia, Lucille (Ponder) Hess and her husband Barry, of Fayetteville, Georgia, and Paullin (Ponder) Judin and her husband Phil, of Lawrenceville, Georgia.; five nieces and nephews and their families; and by four beloved cousins and their families. Martene was the second of four daughters to Lieutenant Colonel Paul Holloway Ponder, Jr. and Margaret (Nix) Ponder. As a child of an Air Force officer, Martene grew up around the country and around the world, including high school years at Ankara High School, a Senior High School of the United States Air Force in Ankara, Turkey. She graduated from the University of Missouri, Columbia with a Bachelor of Science in Education in 1966. She married Marvin Wayne Stansbery of Montgomery City, Missouri on December 28th, 1966 in Madison, Georgia. Martene and Wayne spent the initial years of their marriage in Unionville, Edina, and Macon, Missouri, where they had three children, Paul Wayne Stansbery, Robert Graham Stansbery and Margaret Lee Stansbery, before moving to the Virginia suburbs of Washington, DC, in 1979. In 2002, they moved to Snellville, Georgia to be near her sisters and parents. A career educator, Martene taught English and Journalism at high schools in Missouri and then Oakton High School in Vienna, Virginia for 23 years, where she was the sponsor of the award-winning Outlook newspaper. After moving to Georgia, she taught English at Shiloh High School in Snellville before retiring in 2007 after 41 years in education. A beloved teacher, she inspired many of her students to pursue careers in journalism and communication; her students are represented in illustrious newspapers and television news agencies throughout the US. In addition, all three of her children have pursued careers in education. A memorial service will be held on Saturday, March 12th, 2022 at 11:00 a.m. at Central Congregational United Church of Christ, 2676 Clairmont Road, NE, Atlanta, GA 30329, followed by a reception at the church. Memorial donations may be made to Lost-n-Found Youth, Inc., 2585 Chantilly Drive, Atlanta, Georgia 30324, 678-856-7824 and https://lnfy.org/get-involved/ways-to-give. Lost-n-Found Youth is an Atlanta-based nonprofit that exists to end homelessness for LGBTQ youth. Condolences may be sent or viewed at www.wagesfuneralhome.com. Tom M. Wages Funeral Service, A Family Company, 3705 Highway 78 West, Snellville, GA 30039 (770-979-3200) has been entrusted with the arrangements.

Margaret Ernestine (Martene) Ponder Stansbery passed away peacefully on Thursday, March 3rd, 2022, at her home in Snellville, Georgia, after a brief illness. Born September 3rd, 1944 in Atlanta, Georgia, she was 77. Martene is survived by her... View Obituary & Service Information

The family of Margaret P. Stansbery created this Life Tributes page to make it easy to share your memories.

Send flowers to the Stansbery family.