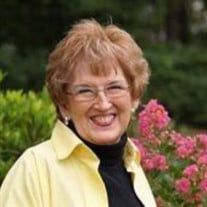 Lynda Eloise Young, age 79, of Snellville, Georgia, passed away Wednesday, October 14, 2020. Born in Alexandria, Louisiana August 16, 1941 to Virginia Eloise Wood and Finley Watson Tinnin, Jr., she was educated in schools in Louisiana and Oklahoma and was a graduate of Northwest Classen High School, in Oklahoma City. She attended Baylor University and Oklahoma Baptist University from which she received a Bachelor of Education degree. Following graduation, she taught school in Oklahoma City and later attended Southwestern Baptist Theological Seminary, where she earned a Master of Religious Education Degree and the University of North Carolina at Chapel Hill, where she received a Master of Early Childhood Education Degree. She established childhood day care centers at Montrose Baptist Church and Redland Baptist Church both in Rockville, Maryland and served as interim Director of Children’s Ministries at Annistown Road Baptist Church, in Snellville, Georgia. She authored four books in the You Are Not Alone Series written for parents of children with childhood diseases. She also served as a motivational speaker for Stonecroft Ministries. In addition, she was a talented artist who, over the last several years, drew portraits of over 400 individuals as gifts for them and their families. She is survived by her husband of 52 years, Dr. John L. Young, Jr.; four children, John L. III (Cherith Miller), David Wood (Janine Shoemacher),`Shanda Lynn (Rev. Jason Henson), and Meredith Elaine (Michael Gibson); 14 grandchildren; 8 great-grandchildren; one brother, Michael Wood Tinnin (Carolyn Childs); two step-brothers, Alan Shaw (Angie Penfield) and Gary Shaw (Ingrid); as well as multiple nieces, nephews, and cousins. At the time of her death, she was an active member of Annistown Road Baptist Church, where a memorial service will be held at a future date. In lieu of flowers, a memorial contribution may be made to Amani ya Juu, PO Box 28133, Chattanooga, TN 37424 or to a charity of your choice. Condolences may be sent or viewed at www.wagesfuneralhome.com. Tom M. Wages Funeral Service, A Family Company, 3705 Highway 78 West, Snellville, GA 30039 (770-979-3200) has been entrusted with the arrangements.

The family of Lynda Eloise Young created this Life Tributes page to make it easy to share your memories.

Send flowers to the Young family.