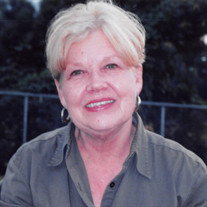 The family of Linda Clark Mozley created this Life Tributes page to make it easy to share your memories.

Please select this link to livestream the service for Linda Clark...

Send flowers to the Mozley family.