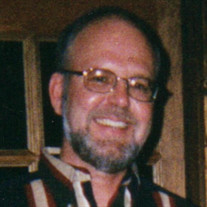 Kevin Gilbert Brainard, 67, passed away on Thursday, August 5, 2021. The son of Dwight G. Brainard and Dollie M. Brainard, was born April 13, 1954 in Indianapolis, IN. His parents preceded him in death. He spent his early years in Germany while his father served in the Armed Services. When Kevin was in his teens the family moved to Atlanta, where he spent most of his life. Some of Kevin’s accomplishments included ownership of Brainard Calibration specializing in test equipment. In later years, he helped design and build a large greenhouse, where he created a successful hydroponic system at the family home in Decatur, GA. and then later, an aquaponic growing system in NC. His attention to detail and precision was remarkable. Kevin passed along his notable talent in drawing and graphics to his son, Justin. He had a keen interest in astronomy and loved star gazing. He was an avid motorcycle enthusiast. His most prized possession was his 2003 Harley Davidson Road King. Beloved father, son, and brother, Kevin is survived by his son, Justin H. Brainard; stepmother, Gwenn Brainard; siblings, David (Chip Hood) Brainard, Sarah (Aimee Schmidt) Brainard, Cheryl (Ron Smith) Harris, Jamie (Vic) Holcomb, Cindy (Sam) McCall, Kelly (Tom) Grote, Steve (Sharon) Brainard, and Stephanie (Mark) Corkish. The graveside service to honor and celebrate the life of Kevin will be held on Sunday, August 15, 2021 at 11:30 AM at Eternal Hills Memory Gardens, Snellville, GA. The family asks friends to arrive on Sunday at 11:15am. Condolences may be sent or viewed at www.wagesfuneralhome.com. Tom M. Wages Funeral Service, 3705 Highway 78 West, Snellville, GA 30039 (770-979-3200) has been entrusted with the arrangements.

Kevin Gilbert Brainard, 67, passed away on Thursday, August 5, 2021. The son of Dwight G. Brainard and Dollie M. Brainard, was born April 13, 1954 in Indianapolis, IN. His parents preceded him in death. He spent his early years in Germany... View Obituary & Service Information

The family of Kevin G. Brainard created this Life Tributes page to make it easy to share your memories.

Send flowers to the Brainard family.