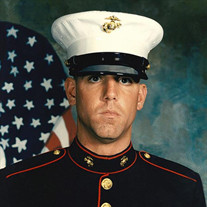 Please select this link to livestream the services for Kevin D. Black Kevin Douglas Black, age 51, of Snellville, GA, passed away Saturday, August 7, 2021. He was preceded in death by his grandparents, Frances & Hyman Friedman and Lillian & Joseph Black. He is survived by his son, Jesse Joseph Black; his parents, Helene and John Black; his brothers, John and Michael Black and their families; and many other relatives and friends. Kevin was born in Bronxville, NY in 1970. In 1979 his family moved to Poughkeepsie, NY, where Kevin was raised. He was a competitive BMX bike racer and won many trophies and accolades. In the summers, he enjoyed spending his day in the sunshine, fishing with his friends, and cruising to free-style beats. He graduated from Spackenkill High School. He was 6 ft 6 inches tall, a gentle giant. He enjoyed basketball, baseball, and football. He was an All County basketball star and received a scholarship to Dutchess College. Growing up he learned the true value of a close-knit community in the Nassau neighborhood. He served his family and friends at the local deli, had an avid landscaping hobby, and was a car enthusiast like his father, he loved to keep his cars shiny & spotless. In Poughkeepsie, he was extremely popular in his close-knit community and was considered a legend. He joined the Marine Corps in 1990 and served four years. He served in Desert Storm as a motor pool transport operator. He graduated from Parris Island in SC and was stationed at Camp Pendleton in Oceanside, CA. During his tour he traveled to many countries including Okinawa, Japan. During his time in the Marines, he was extremely committed to body building and physical fitness. He became both physically and mentally tough. He was a true warrior for his country and had a never give up attitude. He moved from California to Atlanta in 1996 to live with his brother, Mike. He was a security officer and then served as a police officer at the GA World Congress Center for ten years. He was on bicycle patrol for Centennial Olympic Park and GA Dome. He safely delivered a baby in the parking lot and served as security detail for many high-profile celebrities, athletes, and presidents. During his time off he loved taking his son to the beach and cheering on the NY Yankees, Syracuse Orangeman, and NY Giants & Knicks. He was a jokester and made everyone laugh. In 2012, he experienced a life changing car accident on his way to work which left him paralyzed from the neck down (quadriplegic). He was in the hospital for eight months. When he left the hospital, he moved in with his brother, Johnny and his family for two years. In 2014, he moved into a nursing home facility with his grandmother, Frances. He helped extend her life by filling it with laughter and watched over her until she passed away. He was very mentally tough and was an inspiration to everyone that knew him because of his positive attitude. After his accident, he became closer to God and his family, especially his 3 nieces, Brianna, Kylie, Kaitlyn and his 4 nephews, Jacob, Jonathan, Dylan and Drew. He lived life to the fullest and made the most out of every day. He picked up a new hobby of collecting police patches from all over the world. This helped him connect with others who sent him patches from as far as Australia. He enjoyed planning and looked forward to the next sporting event, a good meal, and family celebrations. He was also a mentor and beacon of strength for others that were paralyzed as he helped them get through their journey. Kevin faced many medical roadblocks after his accident but always stayed positive and served as an inspiration to others. He finally succumbed to the chronic complications. He is at peace, no longer in pain, and now has his legs back to run and dance through the halls of heaven. The funeral service to celebrate the life of Kevin Douglas Black will be held on Saturday, August 14, 2021 at 1:00 PM at Tom M. Wages Snellville Chapel. The family will receive friends on Friday, August 13, 2021 from 7:00 PM until 9:00 PM at Tom M. Wages Snellville Chapel. In lieu of flowers, memorial donations may be made to Shepherd Center, https:///give.shepherd.org. You can view the service, which will be livestreamed, either by going to the Tom M. Wages Facebook page or by clicking the blue link, on the obituary page, on our website. Due to the current COVID-19 regulations, our staff is committed to taking care of our guests and families that we serve. Please understand that we will be limiting the amount of people at our chapel for visitations and services. We also ask all guests and family members attending visitations and services to please bring and wear a mask. Condolences may be sent or viewed at www.wagesfuneralhome.com. Tom M. Wages Funeral Service, 3705 Highway 78 West, Snellville, GA 30039 (770-979-3200) has been entrusted with the arrangements.

The family of Kevin D. Black created this Life Tributes page to make it easy to share your memories.

Please select this link to livestream the services for Kevin...

Send flowers to the Black family.