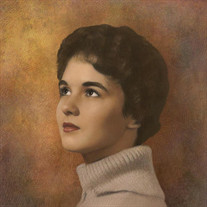 The family appreciates your prayers during this time. Joye Lamar Lett Quinn&#8217;s Obituary She passed away on May 7, 2022 at the age of 78, living in Gwinnett County, GA. Joye was a beautiful woman spiritually, mentally and physically.... View Obituary & Service Information

The family of Joye Lamar Quinn created this Life Tributes page to make it easy to share your memories.

Send flowers to the Quinn family.