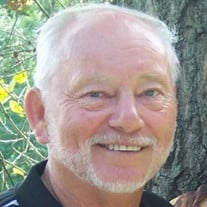 John Joseph Sobczak, age 83, resident of Snellville, Georgia died Wednesday, August 18, 2021. John passed away quietly after a ten-month battle against cancer, with his loving wife and family at his side. John was born in Export, Pennsylvania, a son of the late Jozef and Louise (Trzos) Sobczak. He served in the Army at Fort Benning and was deployed to France in 1957-58 with the Military Police. He later worked for U.S. Steel in Pittsburgh and eventually transitioned to his lifelong trade of building construction and carpentry. John worked for many years as a framer, a crew leader and construction district manager for Ryan Homes Inc. and built many homes in western Pennsylvania. He later moved his family to Georgia, where he continued to frame and finish residential homes until his retirement in 2007. John had a dedicated work ethic, strong moral character, a joyful spirit and a deep faith in God. He led by example and trained his sons so they could work alongside him in construction. He also provided love, encouragement and everything else his son's needed so they could pursue their own careers. John was a master carpenter and handyman that could build, fix, clean, and paint anything. He loved working in the yard and going for walks with his loyal dog, Roxie. John loved to travel and spend time with his entire family. He loved vacations at the beach and he would often travel long distances for special occasions and even just to be near his grandchildren as they grew. He loved all things Pittsburgh and in general sports of all kinds. He taught his sons golf etiquette and golf outings with the family were a favorite event. In his younger years, he had season tickets to Steeler football games in Pittsburgh. Later in life, Steeler football games at the Sobczak household were always focal points for family gatherings. He also loved to bowl, golf and play tennis; all of which he played frequently until his illness. John is survived by his wife of 61 years, Alice (Gebrosky) Sobczak. His sons are Jeff (Susan), John-deceased, Jay (Regina-deceased), and Jody (Debbie). His grandchildren, who call him Pop-pop, are Allison, Lauren (Kyle), Jozef, and Reagan. John is the brother of Carol Vallana-deceased (Stan), and Joan Alekna. He has numerous nieces and nephews who love him too. John lived a long and happy life. In his battle against cancer, he fought hard, but in the end, he said he was ready to go. It's comforting to be a loved one of someone who is not afraid to die. He knew who he belonged to and where he was going. “Too costly in the eyes of the LORD is the death of his faithful ones.” [Psalm 116:15.] John’s loved ones in Christ will see him again one day. There will be a memorial service to celebrate the life of John Joseph Sobczak on Tuesday, August 24, 2021 at 2:00 PM at St. Anna’s Catholic Church, 1401 Alcovy Street, Monroe, GA, 30655. Instead of flowers, John would want you to donate to your favorite charity. Condolences may be sent or viewed at www.wagesfuneralhome.com. Tom M. Wages Funeral Service, 3705 Highway 78 West, Snellville, GA 30039 (770-979-3200) has been entrusted with the arrangements.

John Joseph Sobczak, age 83, resident of Snellville, Georgia died Wednesday, August 18, 2021. John passed away quietly after a ten-month battle against cancer, with his loving wife and family at his side. John was born in Export, Pennsylvania,... View Obituary & Service Information

The family of John J. Sobczak created this Life Tributes page to make it easy to share your memories.

Send flowers to the Sobczak family.