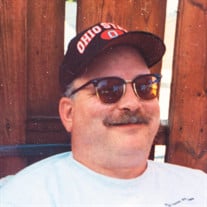 John Alan Grzymkowski, age 63, of Dacula GA, passed away unexpectedly on Wednesday, April 21st, 2021. John was predeceased by his father, Marvin Grzymkowski of Toledo, Ohio. He is survived by his mother, Carol “Charli” Atkinson; beloved spouse, Wieslawa “Visha”; brother, Scott Grzymkowski; his sisters, Kristin DeProspero of Kennesaw and Sherri Domenech of Peachtree Corners; and aunts, Kathleen McKay of Dublin, Va. and Patricia Ziegelhofer of Morehead City, North Carolina; as well as many prized family members, both here and abroad who were deeply held in his heart and prayers along with many cherished nieces, nephews, in-laws, extended family members, and several devoted, lifelong friends and relatives. John was a native of Toledo, OH, and lived much of his life in Wheeling, WV and Atlanta, GA. He attended Wheeling High School and West Virginia University. He earned several degrees and certificates and never ceased his pursuit of greater knowledge through continued education. At one time he strongly considered becoming a history teacher. He was a patriot and proudly served in the United States Airforce in the early 1980s in Holland and later at Davis Monthan AFB in Arizona. His commanding officer recommended him for promotion well ahead of his contemporaries for his energetic and dynamic drive in a demanding and uniquely challenging job. He was an extremely dedicated Ohio State Buckeye fan, a cigar aficionado, and avid card player. He spent happy times at The Cigar Merchant in Alpharetta where he was known as “Buck” and met with “The Council of Elders” regularly, playing gin, poker, and Mexican dominos while pontificating on the troubles of the world. He adored his wife, Visha, and their dogs. When his stepfather, Jim Atkinson passed away 7 years ago, he and Visha relocated to Dacula so they could lend support to his Mom, “Charli”. John had a personal relationship with his Lord and felt his faith deeply. He loved his friends and family in a quiet, yet rock solid way, and we all knew he would do anything for us. His droll, witty humor was one of his trademark characteristics. He never let anything shake his nerves. His favorite activity was sitting on the back deck, smoking a cigar, and hanging out with the dogs and his family. In fact, the day before he passed, he said, “This is as close to Heaven as you get, Mom”. Now he is truly there hoping we celebrate his life and comfort each other while we grieve his passing. He will be interred at the Georgia National Cemetery, with military honors, on May 10th at 3pm eastern. 1080 Veterans Cemetery Rd, Canton, GA 30114. The family invites anyone who wishes, to be present at his service. In lieu of flowers, memorial donations may be made to the American Diabetes Association or the Wounded Warrior Project. Condolences may be viewed or sent to www.wagesfuneralhome.com Tom M. Wages Funeral Service, LLC, “A Family Company” Lawrenceville Chapel 770-963-2411.

The family of John Alan Grzymkowski created this Life Tributes page to make it easy to share your memories.

Send flowers to the Grzymkowski family.