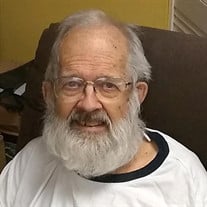 clickheretoviewLivestreamservice James (Jim) Woodrow Tapp, 83, of Lawrenceville, GA, passed away Saturday, January 2, 2021. Jim was preceded in death by his wife Loretta Faye Tapp, his high school sweetheart. He is survived by his 3 children Marla Parker, Robert Tapp and Mona Robertson, his grandchildren Alex Parker, Anna Parker, Lauren Diskin, Jarod Tapp, Lori Robertson, James Robertson, Katie Robertson, Becky Robertson and great granddaughter Caitlin Cook. He had a nephew Gary Glenn, niece Beth Graal and many great nieces and nephews, all of whom meant the world to him. Jim was a native of Akron, Ohio where he was born and lived there till 1971. He attended East High School where he played a clarinet in the school band. He was also a member of the High School Glee club and had a small singing group that performed at school and local events.. After graduation he attended Akron University. He graduated with a BA in Business. He worked for over 30 years for B. F. Goodrich Tire & Rubber Co. Jim started out in their lab and on the docks before being transferred to Kansas City where he worked as an auditor and then an inventory Control Supervisor. A love of football made him a devoted fan of the Kansas City Chiefs. He was baptized into the Lord's church in the late 1950's. Later in life he became an Elder of the Church of Christ in Lenexa, a position he held until he and his wife moved to Lawrenceville GA in 2008. He was an active member and song leader at the Church of Christ in Lawrenceville for as long as he was physically able to attend services. He remained a devoted Christian until his passing. The family will receive friends Wednesday, January 6th, 2020 from 3PM until 5PM at Tom M. Wages Lawrenceville Chapel. A funeral service honoring the life of Jim Tapp will be held Wednesday, January 6th, 2020 at 5PM at Tom M. Wages Lawrenceville Chapel. You can view the service which will be LiveStreamed either by going to the Tom M. Wages Facebook page or by clicking the blue link on the obituary page on our website. Due to the current COVID-19 regulations, our staff is committed to taking care of our guests and families that we serve. We ask that all guests and family members attending services to please bring and wear a mask. Condolences may be sent or viewed at www.wagesfuneralhome.com. Tom M. Wages Funeral Service, LLC, “A Family Company,” 120 Scenic Highway, Lawrenceville, GA 30046 (770-963-2411) has been entrusted with the arrangements.

The family of Jim Tapp created this Life Tributes page to make it easy to share your memories.

Send flowers to the Tapp family.