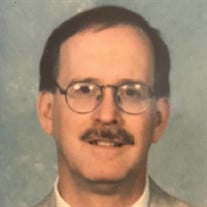 Jerry Michael Power of Lawrenceville transitioned to his home in heaven June 3, 2021. He was surrounded and greatly loved by his wife Charlene, his son Jeff and his daughter Julie. He was an adoring husband, a devoted father and a loving grandfather. He was born in Toccoa, Ga on Christmas Day, December 25, 1949. He was 71. His parents, who have gone on to be with the Lord, were Harold and Mildred Power. Their family lived in many beautiful Georgia cities over the years but settled in the Atlanta area in 1959. Jerry proudly served his country in the National Guard during the Vietnam years and went on to work in management and retail until the time of his retirement. Jerry was kind and loving and full of fun and humor. He could bring a smile and a funny, light moment to all situations. He was a fan of all things nostalgic such as The Andy Griffith Show, Father Knows Best, Leave it Beaver and so many more. Jerry was also a dedicated fan of University of Georgia football and Atlanta Braves baseball. He enjoyed sharing all of this with his family and loved ones along with a priority of knowing and loving our Lord Jesus Christ. Jerry is survived by his wife, Charlene Power, his son, Jeff Power, his daughter, Julie Power and his grandson Cayse Power. He was preceded in death by his brother David Power and his sister Sharon Power. He is survived by his sister, Susan Power DeReimer. A funeral service honoring the life of Jerry will be held on Saturday, June 12, 2021 at 1:00pm at Tom M. Wages Lawrenceville Chapel. Interment will follow at the Snellville Historical Cemetery. The family will receive friends on Saturday, June 12th from 11:00am until the time of service at 1:00pm. Condolences may be sent to or viewed at www.wagesfuneralhome.com. Tom M. Wages Funeral Service LLC, “A Family Company”, 120 Scenic Hwy Lawrenceville, GA, 770-963-2411, has been entrusted with the arrangements.

Jerry Michael Power of Lawrenceville transitioned to his home in heaven June 3, 2021. He was surrounded and greatly loved by his wife Charlene, his son Jeff and his daughter Julie. He was an adoring husband, a devoted father and a loving grandfather.... View Obituary & Service Information

The family of Jerry Michael Power created this Life Tributes page to make it easy to share your memories.

Jerry Michael Power of Lawrenceville transitioned to his home...

Send flowers to the Power family.