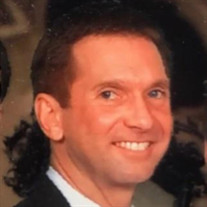 Jeffrey Stuart Wallace, age 63 of Lawrenceville, GA passed away Friday, January 1, 2021 in hospice care after a year battle with Cancer. Jeffrey was preceded in death by his sister, Joy Wallace. Jeffrey is survived by his parents John and Joanne Wallace; his sister and her husband Jean and Richard Kloker; his nieces Kellsey and Shannon Kloker, and Samantha Burns; his Houston family Ken Meyers and Chris Wilkenson; and a host of other relatives. Jeffrey was born in Sarasota in 1957 then moved with his family to Jacksonville Florida where he attended Terry Parker High School. He graduated from Emory University in Atlanta, GA with a Bachelor of Business Administration. Jeffrey started work at 1st Bank of Tennessee in Chattanooga, later joining John Floyd consulting firm working out of New Orleans, LA then off to Houston, Texas where he lived most of his life. He was Vice President – Finance/Project Management with JPMorgan Chase for 22 years. He moved to Lawrenceville December 2019 as his health was declining and wanted to be with family. Jeffrey was a natural leader, mentor to many with a heart of service. Growing up he was active in church singing in the choir, served as an acolyte, active in youth group. At Terry Parker he was in the marching band and President of the Florida district Key Club International. In college he joined Sigma Chi fraternity holding different offices and was Consul (President) his senior year. In Houston he served on the board of directors for Aids Foundation Houston, in Leadership Houston class XX in 2002, was recognized in 1999 as Volunteer of the year in Houston receiving an honorarium from Mayor Lee P Brown. Many of his summers he gave a week to be a counselor at Camp Hope, a weeklong retreat for children with aids. He was one of Dr Fauci’s HIV test patients and his HIV remained untraceable following the treatment plan established. He would make trips to NIH many years for follow-ups, in 2010 had Non-Hodgkin's Lymphoma stage 4. Following those treatments in 2011 he joined Leukemia and Lymphoma Society as a triathlete with his friends who joined to honor him in 2010. Jeff loved to travel and did all over the US and the world with family and friends. He loved people, hosting gatherings, and shared with neighbors, work & church friends, people he met wherever he was. Jeff also loved dogs and spoiled them as they did him. In lieu of flowers memorial donations may be made to Aids Foundation Houston and to their Camp Hope. The family will have a memorial service on Saturday June 5th @ 10:00am (CST) (11:00am(EST)). The service will be held at Standefer ~ Reed Funeral Home located at 50 May Road Dunlap, Tennessee 37327. Interment will follow at Chapel Hill Cemetery and then a buffet lunch. AIDS Foundation Houston, Inc. 6260 Westpark Dr. Suite 100 Houston, TX 77057 Condolences may be sent or viewed at www.wagesfuneralhome.com. Tom M. Wages Funeral Service, LLC, “A Family Company,” 120 Scenic Highway, Lawrenceville, GA 30046 (770-963-2411) has been entrusted with the arrangements.

Jeffrey Stuart Wallace, age 63 of Lawrenceville, GA passed away Friday, January 1, 2021 in hospice care after a year battle with Cancer. Jeffrey was preceded in death by his sister, Joy Wallace. Jeffrey is survived by his parents John and Joanne... View Obituary & Service Information

The family of Jeffrey S. Wallace created this Life Tributes page to make it easy to share your memories.

Send flowers to the Wallace family.