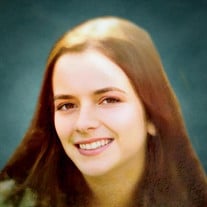 Services for Jan will be Livestreamed. Please click here to view the service. https://view.oneroomstreaming.com/authorise.php?k=1639507073153844 Jeanine Ann (Jan) Harrison Keiss passed away peacefully at home on December 10, surrounded by her family and friends. Born September 18, 1956 in Atlanta, she grew up in Meridian, Mississippi, graduated from Meridian High in 1974 and attended Southern Mississippi. She moved back to Atlanta with her family in 1977 where she met and married Steve Keiss in May 1978; and had two children, son Ben (June 1979), and daughter Lucy (November 1984). Jan and Steve moved to Conyers after they were married where she worked for Wometco Cable Co. The young family moved to Lawrenceville in 1984. Jan began her next career as a Gwinnett Co. bus driver in 1986, and retired in 2000 to be a full time mother and wife, and to take care of her family as a devoted daughter, sister and grandmother. Jan’s passions were her family, friends, music and cooking. She relished holiday gatherings where she cooked her favorites for her family, in particular, Thanksgiving and New Year’s Day. She loved music from all genres, groups from the 60s and 70s, and especially Mario Lanza during Christmastime. Among her favorites were the Beatles, Willie Nelson, Pink Floyd, Moody Blues, Roy Orbison and Coldplay. Along with her parents, Nancy and Cecil Harrison, Jan was preceded in death by her brothers Tobin and Patrick Harrison. She is survived by her sisters Laura Harrison and Cathy English, numerous aunts, uncles and cousins, her husband Steve of 43 years, her son Ben, his wife Melissa and their three boys Anthony, Alex and Anderson; and her daughter Lucy Goforth, her husband Matthew and their daughter Annie Rose. Oh, how she loved her grandchildren! A memorial service will be held on Thursday, December 16 at 6:00, preceded by a visitation at 5:00 at Tom Wages Funeral Home on Scenic Highway in Lawrenceville, officiated by Pastor Jonathan Spencer. Condolences may be sent or viewed at www.wagesfuneralhome.com. Tom M. Wages Funeral Service, 120 Scenic Hwy., Lawrenceville, GA 30046 (770-963-2411) has been entrusted with the arrangements.

Services for Jan will be Livestreamed. Please click here to view the service. https://view.oneroomstreaming.com/authorise.php?k=1639507073153844 Jeanine Ann (Jan) Harrison Keiss passed away peacefully at home on December 10, surrounded by her... View Obituary & Service Information

The family of Jeanine Ann "Jan" Harrison Keiss created this Life Tributes page to make it easy to share your memories.

Services for Jan will be Livestreamed. Please click here to view...

Send flowers to the Keiss family.