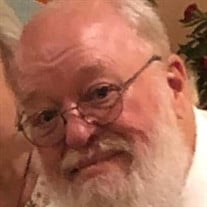 James Milton Tingle, Jr (Jim) went to be with his Lord and Savior Jesus Christ on January 20, 2022. Jim is survived by his wife of almost 36 years Debby, his son Noah, his grandson Ethan, his sister Judy Stancel (Vic) of Burlington, KY, brother Jeff Tingle of Costa Rica, many nieces, nephews and cousins. He is predeceased by his parents, Jim (Sr) and Polly Tingle, and his sister, Gail Tingle Smith. Jim was born September 27, 1951, at Fort McPherson, Georgia, to Jim and Polly Tingle, and was quick to say his parents paid $.50 for him. He grew up in Marietta, and graduated from Wheeler High School. He attended Kennesaw Junior College where he was the assistant editor of the school’s poetry magazine. In the 80’s, Jim took an interest in photography that would follow him all his life. First as a student, then as a teacher at Southeastern Center for the Photographic Arts, he learned and taught black & white photography and darkroom. He was proficient in zone system, the methodology devised by Ansel Adams. It was a SCPA that he met his wife Debby. Jim’s natural affinity for computers, combined with his love of photography, led him to work in the retail photo field. He was employed by Pro Photo Resources (Atlanta), Photo Barn (Lilburn) and retired in 2018 from Quality Camera in Atlanta. He was able to combine his love of all things photographic with his computer savvy in retirement, where he spent much time turning his photos into works of art and imagination. Jim’s love of God led him to serve in his local church, Gwinnett Community Church in Lawrenceville. He was a deacon, served in the music ministry, the audio/visual team, and substituted many times as Sunday School teacher. He particularly loved the Monday night men’s Bible study. Jim loved music and sang and played guitar. He dedicated all his music to God. He also had an uncanny memory for album cover notes from the 60’s and 70’s. Jim was also an Eagle Scout, and obtained the Order of the Arrow with Vigil Honors. A celebration of Jim’s life will be held February 5, 2022, at Gwinnett Community Church, 2516 Five Forks Trickum Road, Lawrenceville, Georgia 30044. Visitation at 1 pm, service at 2 pm and fellowship following. In lieu of flowers, please consider a donation to Gwinnett Community Church missions team. Condolences may be sent or viewed at www.wagesfuneralhome.com. Tom M. Wages Funeral Service, 120 Scenic Hwy., Lawrenceville, GA 30046 (770-963-2411) has been entrusted with the arrangements.

James Milton Tingle, Jr (Jim) went to be with his Lord and Savior Jesus Christ on January 20, 2022. Jim is survived by his wife of almost 36 years Debby, his son Noah, his grandson Ethan, his sister Judy Stancel (Vic) of Burlington, KY, brother... View Obituary & Service Information

The family of James Tingle Jr. created this Life Tributes page to make it easy to share your memories.

James Milton Tingle, Jr (Jim) went to be with his Lord and Savior...

Send flowers to the Tingle family.