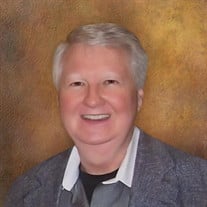 Not sure what to send?

It is with great sadness that the family of James Donald Robison, better known as “Donnie” or “Don” of Lilburn, Georgia, formerly of Oneonta, Alabama, announces his sudden passing on January 27, 2021 from complications of Covid-19. Don will be lovingly remembered by his lifelong partner of 39 years, David Cooper of Lilburn, Georgia; sisters, Dianne Courtney (Jeff) of Montgomery, Alabama and Debbie Duke (Greg) of Jackson, Mississippi; brother, John Robison (Juanice) of Anniston, Alabama; best friend and cousin, Mark Robison (Ashley) of Smyrna, Georgia; six nieces and nephews; and numerous other family members and friends. Don was predeceased by his parents, James (Jimmy) William Robison and Mary Ruth (Myrt) Robison. Don was their oldest child who was born on July 19, 1947. Don graduated from Oneonta High School in 1965. He continued his studies in Tuscaloosa and graduated from The University of Alabama School of Business. After graduating, Don moved to Atlanta, Georgia. He was a business entrepreneur. He and his partner, David, opened Gryphon Antiques, which was a very successful business for many years. Don was an active member of his community. He was a member of the Commerce Club and was a former officer of CID, the Community Improvement Development of Snellville, Georgia. The memorial service to celebrate the life of James Donald "Don" Robison will be held on Saturday, June 4, 2022 from 12:00 PM until 3:00 PM at Mary Mac's Tea Room, 224 Ponce De Leon Avenue, Atlanta, GA. The family would like to thank the doctors and nurses in the ICU at Eastside Medical Center, in Snellville, Georgia, for their care for Don. In lieu of flowers, memorial donations in Don’s name may be made to your local humane society because of his great love for his dogs, Gracie, Tyler, and Maggie. Condolences may be sent or viewed at www.wagesfuneralhome.com. Tom M. Wages Funeral Service, A Family Company, 3705 Highway 78 West, Snellville, GA 30039 (770-979-3200) has been entrusted with the arrangements.

It is with great sadness that the family of James Donald Robison, better known as &#8220;Donnie&#8221; or &#8220;Don&#8221; of Lilburn, Georgia, formerly of Oneonta, Alabama, announces his sudden passing on January 27, 2021 from complications... View Obituary & Service Information

The family of James Robison created this Life Tributes page to make it easy to share your memories.

It is with great sadness that the family of James Donald Robison,...