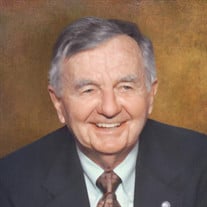 BRITT – Jack D. Britt, 94, died on Friday, May 28, 2021 at his home after an extended illness. He was preceded in death by his parents, Walter T. and Nell Bramblett Britt; brothers, W.T., Eugene, Jimmy and Harry “Butch” Britt; sisters, Ruby Russell, JoAnn Hunter, and Martha Wayne. He is survived by his wife of 67 years, Peggy Wages Britt; sons, Walt Britt and John Emory “Little Jack” Britt (Brigette); daughters, Dr. Denise Pecht (Tom) and Diane Hale; 10 grandchildren, Erin Mattox (Dustin), Kyle Hale (Tiffany), Danielle Mays (John), Beau Britt (Kristen), Britt Sawyer (Ryan), Megan Bowers (Will), Corey Hale, Adam Pecht, Jeb Britt (Candace) and Renn Britt; 10 great grandchildren, Rylan Mattox, Cohen Hale, Emalyn Mattox, Leyton Hale, Aiden Mattox, Asher Hale, Emory Sawyer, Wilson Bowers, John Walt Mays and Easton Britt; brothers-in-law, Eugene Hunter and Mickey Wages; sisters-in-law, Barbara Britt, Betty Britt and Reba Britt; special cousin, Grace Cain and many other cousins, nieces, nephews, and friends. At the age of 15 he joined the Navy and served on a Destroyer Escort during World War II. He later became a charter member of the first Georgia National Guard Unit in Gwinnett County and retired as a Chief Warrant Officer 4 with over 25 years of service. After the war he graduated from Grayson High School and graduated from the University of Georgia with a Bachelor Degree in Education. He received his Master’s Degree from Georgia State at the age of 50 in Trade and Industry. He began his coaching and teaching career at Tucker High School and in 1952 taught at Lawrenceville High School where he started the first football team in the Gwinnett County School System. He also coached girls’ and boys’ basketball, track, tennis and cheerleaders. He also taught and coached at South Gwinnett High School, Bethesda and taught construction at Parkview Vocational School. Jack always loved teaching and coaching young people and continued to have an interest in each of them after graduation. He always tried to attend each class reunion. Through the years he was active in community projects in Lawrenceville, Snellville and Grayson. He was Project Manager for one of the first downtown re-developments in Lawrenceville. He was very active in raising funds for the visitor’s bleachers at Grayson High School in 2000. He also built many trophy cases, lockers and supervised the construction of the concession stand. For his efforts, the Grayson High School football field was named in his honor in 2007. In 2017, he was inducted into the Gwinnett County Sports Hall of Fame. In addition to teaching and coaching, he was a homebuilder, commercial developer and owned and operated the “All-Star Drive-In” in Snellville with his brother, Eugene. Jack was a member of Lawrenceville First Baptist Church where he had served as a Deacon and Sunday School Teacher. He worked hard and he played hard. He enjoyed hunting, golf, tennis, snow skiing and his beloved Georgia Bulldogs. Jack had season tickets to see his Bulldogs since 1950. Jack Dempsey Britt will be deeply missed by his adoring family and his many friends that admired this gentle giant of a man. Due to COVID-19, our staff is committed to taking care of the guest and family members for Mr. Britt. We ask all guests and family members attending the visitation at the funeral home to please continue social distancing. Masks are optional at this time. The regulations for the Memorial Service required by the church will be social distancing as well. The family will receive friends on Thursday, June 3, 2021 from 4:00 P.M. to 7:00 P.M. at Tom M. Wages Lawrenceville Chapel. A Memorial Service Honoring the Life of Jack Britt will be held Friday, June 4, 2021 at 2:00 P.M. at Lawrenceville First Baptist Church with Rev. Inman J. Houston and Dr. Lamar Holley officiating. Military Honors will be rendered at the end of the service. In lieu of flowers, donations can be made to the Lawrenceville First Baptist Church Building Fund, 165 S. Clayton St., Lawrenceville, GA 30046 or KidStuff-USA, Inc., P.O. Box 1379, Lawrenceville, GA 30046-1379. Condolences may be sent or viewed at www.wagesfuneralhome.com. Tom M. Wages Funeral Service, 120 Scenic Hwy., Lawrenceville, GA 30046 has been entrusted with the arrangements (770-963-2411).

The family of Jack D. Britt created this Life Tributes page to make it easy to share your memories.

Send flowers to the Britt family.