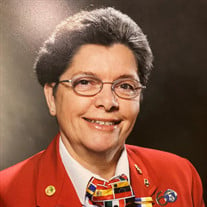 Please select this link to livestream the service for Grace Long Clower Grace Long Clower, age 72 of Snellville, Georgia passed away on Saturday, June 26, 2021. Summarizing Grace Long Clower’s life’s activities resembles a nomination for Volunteer of the Year. This Snellville lady is a tireless and lifelong contributor to a number of organizations that she deems worthy. She works energetically and without fanfare behind the scenes to produce tangible results for her non-profit groups. Grace was born as one of seven children to Aubrey and Merdie Long in Grayson, where she grew up and attended elementary school. She graduated from South Gwinnett High School in 1966, where she played basketball. She married fellow SGHS alumnus Woody Clower, and they had 35 years together before his untimely death. She was preceded in death by parents, Clarence Aubrey and Merdie Lou Carroll Long; sister, Barbara Miller; brother, Billy Long; son, James Eric Clower; husband, Woody Clower; and in-laws, Emmett and Annette Clower. She is survived by her son, Tom and his wife Katie; grandchildren, Braylon Clower and Ellie Clower; sisters and brothers, Virginia and Delmar Gilbert of Monroe, GA, Pat and Judy Long of Grovetown, GA, Gail and Wayne Manning of Monroe, GA, Jean and Steve Lark of Loganville, GA; sister-in-law, Bonnie Ruth Long of Flowery Branch, GA; brother and sister-in-law, Leo and Margaret Miller of Monroe, GA, brothers-in-law, William Emmett Clower, Jewett and Wanda Clower, Jeffrey and Margaret Clower; and numerous nieces and nephews. Grace was a 34-year member of the Snellville Lions Club, having served as President, Vice President, Director, and Chaplain of the local club. In the Northeast Georgia District, she has served as Zone Chair, Region Chair, Vice-District Governor, and District Governor. As a Certified Guiding Lion, she helped to establish several new Lion Clubs. She was serving as the Georgia Global Leadership Coordinator. In recognition of her efforts, she had received many awards including; Progressive Melvin Jones Fellow, the highest award in Lionism; two International President’s Certificates of Appreciation; the International President’s Leadership Medal; the International Presidential Medal; and the Georgia Ervin-Crumbley Award. She has served as Chair of the Board of Directors of the Georgia Lions Lighthouse Foundation. She led the project to erect a bench in front of Snellville City Hall in celebration of Lions Clubs International 100th Anniversary. She was serving as Area Leader over seven southeastern states and the islands of the Caribbean in the Lions Club International Foundation Campaign 100 to secure donations for the foundation’s humanitarian efforts. Grace was a 49-year member of the Snellville United Methodist Church. Over the years. She has served as Chair of the Board of Trustees, Co-Chair of the 2016 Vision Committee, Assistant Lay Leader, Adult Sunday School Teacher, worked with the Children’s Ministry, member of the Church Archives/History Committee, and member of the Kitchen Angels. She was serving as Chair of the Church Council and was a member of the United Methodist Women’s Organization. In the past years she had volunteered at the Southeast Gwinnett Cooperative Ministry, coached a girls’ and boys’ basketball, and adult softball teams, served as a mentor for 8th grade students at Craig Middle School, and worked as a poll worker for City and County elections. She was awarded Volunteer of the Year in 2013 from Snellville Trade and Tourism, and she received a City of Snellville Proclamation recognizing her volunteer work. Grace was the former President of the Snellville Historical Society. During her tenure, she facilitated the relocation of the society’s office and archives from City Hall to the historic home of Edwin and Mabel Snell, which was made available through the generosity of the E.R. Snell family. The memorial service to honor and celebrate the life of Grace Long Clower will be held on Wednesday, June 30, 2021 at 1:00 PM at Snellville United Methodist Church, Snellville, GA. The family will receive friends on Tuesday, June 29, 2021 from 4:00 PM until 8:00 PM at Tom M. Wages Snellville Chapel and Wednesday from 12:00 PM until 1:00 PM at the church. In lieu of flowers, memorial donations may be made to Georgia Lions Lighthouse Foundation, Inc., 5582 Peachtree Road, Chamblee, Georgia, 30341 or Snellville UMC, Inc., 2428 Main Street, East, Snellville, GA 30078, in loving memory of Grace Clower. The family has requested that the Lions Club and the Friendship Sunday School class serve as honorary escorts and sit in a designated area at the church. Due to COVID-19 regulations, our staff is committed to taking care of our guests and families that we serve. We also ask all guests and family members attending visitations and services to please continue social distancing and if desired to bring and wear a mask. Condolences may be sent or viewed at www.wagesfuneralhome.com. Tom M. Wages Funeral Service, A Family Company, 3705 Highway 78 West, Snellville, GA 30039 (770-979-3200) has been entrusted with the arrangements.

The family of Grace Long Clower created this Life Tributes page to make it easy to share your memories.

Please select this link to livestream the service for Grace Long...

Send flowers to the Clower family.