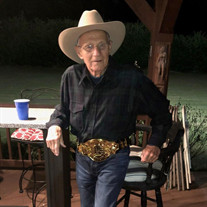 Earl Edwin Hider, age 78, passed away peacefully at his house, on March 2, 2021. Born in Toledo, Ohio, he lived in Toledo, Clearwater, Florida and most recently in Snellville, Georgia. He was married to his college sweetheart, Candace Hider, for 54 years. Earl attended the University of Toledo and was a member and president of Tau Kappa Epsilon Fraternity. He made lasting friendships while in the fraternity, many of which he maintained with until his death. Upon graduation in 1965, he became a professional engineer, after which he operated a successful industrial engineering company, Hider Energy Systems. More recently he worked in real estate buying, selling, and renting homes. Throughout his marriage, he and Candace were avid antique collectors, focusing their interest on the Victorian period. They leave behind an array of interesting and beautiful furniture, linens, and pieces of the past. Earl and Candace moved to Clearwater in the 1980s, in pursuit of warmer weather. They moved again in 2003, to Snellville, to be near their children and grandchildren. Earl was an avid sailor, first sailing on Lake Erie and then the Gulf of Mexico and the Caribbean. He journeyed to Key West and Havana, Cuba. Once in Snellville he spent many hours pontooning on his lake, cooking for his wife and family, and raising koi fish. He was an active member of Snellville United Methodist Church and will be greatly missed by his family and friends. He was preceded in death by his wife, Candace. He is survived by his sister, Carol Hider; brother, Bill Hider; and daughters, Suzannah (Heimel) and Katy (Keese). In addition, he leaves behind five grandchildren, Hap, McKenzie, Cadence, Owen, and Britt. The family asks that his memory be honored by remembering the good times and toasting to a sunset, two things he cherished. There are no services planned at this time. Condolences may be sent or viewed at www.wagesfuneralhome.com. Tom M. Wages Funeral Service, A Family Company, 3705 Highway 78 West, Snellville, GA 30039 (770-979-3200) has been entrusted with the arrangements.

Earl Edwin Hider, age 78, passed away peacefully at his house, on March 2, 2021. Born in Toledo, Ohio, he lived in Toledo, Clearwater, Florida and most recently in Snellville, Georgia. He was married to his college sweetheart, Candace Hider,... View Obituary & Service Information

The family of Earl Edwin Hider created this Life Tributes page to make it easy to share your memories.

Earl Edwin Hider, age 78, passed away peacefully at his house,...

Send flowers to the Hider family.