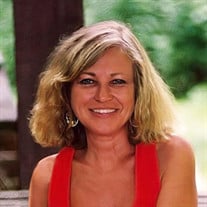 To view the service for Diane Nowak Keating please select this link Diane Nowak Keating, age 76, passed away peacefully in her home of 48 years in Lilburn, Georgia on Friday, April 29, 2022. Diane was born on September 29, 1945, in Chicago, Illinois, to Frank and Mary Nowak, the oldest of three sisters. She is preceded in death by her son, Joey Adam Keating. Diane is survived by her husband of 54 years, Joe; and beloved daughters, Kristen Lashley, Suzannah Keating, Holly Henderson (Ian) from the Atlanta area; and stepdaughter, Riley Keating from Nashville; five grandsons, Trevor, Braden, Kaleb, Ian, Christopher and Zack; siblings, Char Hannes (Ken) and Karen Houlihan reside in Madison, Wisconsin. Diane is also survived by her many dear friends with whom she shared their life experiences and provided group support. She will be greatly missed. Diane attended St Michael’s parish schools on the south side of Chicago. In 1967, after transferring from a freshman year of college in Joliet, Illinois, she graduated from Edgewood College of the Sacred Heart in Madison, Wisconsin, with a degree in Social Studies. Diane married her husband of 54 years in 1967 in a large Polish wedding at St Michael’s Parish church, followed by a reception in the local wedding hall with a polka band and hundreds of neighbors and relatives. Food was provided by her parents, who owned a mom-and-pop butcher shop and grocery on a corner near the US Steel mill. After brief periods in Madison, Wisconsin, and Davenport, Iowa, her husband was drafted into the army and eventually sent to Vietnam. Diane then returned to Chicago and worked as a foster home caseworker. After the army, they moved to St. Louis, Missouri, for a year and then moved to Atlanta to start their first business. Their present home in Lilburn was built in 1974. In 1973, Diane had their first child, a special needs son with whom she provided great care until his passing in 1980. During that time, she and Joe were able to adopt three lovely daughters, Kristen, Suzannah, and Holly. As the girls grew up, Diane supported them in every endeavor, and as the years went by, she accumulated large numbers of costumes for dance recitals, plays, and video shoots on vacation. Halloween was a special time for costumes, as Diane dressed up as a witch and, aided by mechanical hobgoblins and voices from the crypt, became the most popular destination in the neighborhood for Trick or Treat. The family built a home on Lake Oconee in 1986 and spent many happy weekends there with family and friends. Diane was always very close to her sisters, and for many years they shared a house at Hilton Head with their extended families for two weeks each summer. The highlight of these trips was the Polish-themed cinematic extravaganzas like Greaski and Cinderelski. Later, with the families grown, she and her two sisters and cousin Lorrie took to traveling together on trips which were always a special bonding and sharing. Diane was a prolific reader of books, with a computerized list of the thousands of books she read and shared with her unofficial book club of friends and relatives. In later years, she frequently visited the library to turn in the old and check out the new. She loved romance novels. While Diane was always close to her family, she developed strong bonds and shared experiences with a second family, her neighbors, friends in the neighborhood, and on her tennis teams. This group became very close, and Diane hosted them every summer at her lake house, where raucous pantomime and word games were the main activities. She also hosted a Widow’s weekend every summer and organized their monthly dinner outings. But where Diane had a special talent was the Christmas season, with the entire house decorated with Department 56 houses and reindeer and Santas. For over 30 years, Diane hosted her annual Christmas party with 30-40 attendees. She truly was that rare person who could organize these events, make them successful, and have everyone feel so welcome. Her Celebration of Life will be at Tom M. Wages Funeral Home, 3705 US 78, Snellville, Georgia on Tuesday, May 3, 2022 at 4:00 PM. The family will receive friends on Tuesday, May 3, 2022 from 2-4 pm. There will also be a Celebration of Life held in Wisconsin on July 21, 2022 for her friends and relatives from Wisconsin and Illinois. Due to COVID-19 regulations, our staff is committed to taking care of our guests and families that we serve. We also ask all guests and family members attending visitations and services to please continue social distancing and if desired to bring and wear a mask. Condolences may be sent or viewed at www.wagesfuneralhome.com. Tom M. Wages Funeral Service, A Family Company, 3705 Highway 78 West, Snellville, GA 30039 (770-979-3200) has been entrusted with the arrangements.

[To view the service for Diane Nowak Keating please select this link]https://view.oneroomstreaming.com/authorise.php?k=1651343893181500 Diane Nowak Keating, age 76, passed away peacefully in her home of 48 years in Lilburn, Georgia on Friday,... View Obituary & Service Information

The family of Diane Nowak Keating created this Life Tributes page to make it easy to share your memories.

To view the service for Diane Nowak Keating please select this...

Send flowers to the Keating family.