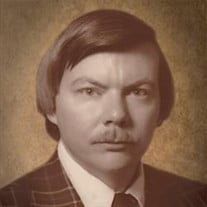 With sadness we announce the passing of David W. Rock of Dacula, Georgia on Friday, September 24, 2021. He was born April 6, 1945 to Walter Rock, Jr. and Lucille Stirgwolt Rock in Cleveland, Ohio. He moved with his family to Decatur, Georgia when he was 9 years old. He graduated from South West Dekalb High School in 1963 and attended Georgia Tech for 2 years. He then joined the Air Force and was stationed at Lackenheath Air Force Base in England. He returned to the states and finished his education at Dekalb Tech/Georgia Perimeter College in computer programming and was a programmer for 42 years, retiring in 2012. He was a member of Glen Haven United Methodist Church until 2002 when he became a member of Dacula United Methodist Church. David and his wife Nancy were board members of Miss Dekalb Scholarship Pageant for many years and most recently were members of The United Methodist Children’s Home Auxiliary. Left to cherish his memory are his loving wife of 56 years, Nancy Ray Rock; his 2 brothers, Peter (Sarah) of Mount Pleasant, SC and Walter III of Rapid City, SD; sister-in-law Marian (Roy) Edwards of Covington, GA; nephew Troy (Beth) Hopper and their son Everett of Cartersville, GA; step-niece Lauren (Matt) Lausier and their children Libby, Shea and Hope of Milton, GA. He was preceded in death by his parents, brother Douglas Rock and niece Abigail Rock; and brother-in-law, E.S. Hopper. Due to Covid concerns, a memorial service to honor the life of David will be held on Saturday, October 16, 2021 at 11:00am at Dacula United Methodist Church. The family will receive friends on Saturday, October 16th from 10:00am until the time of service at 11:00am. Donations may be made in his memory to the Dacula United Methodist Church, 2655 Fence Road, Dacula, GA 30019 or The Lawrenceville Co-op Ministry, 52 Gwinnett Drive, Lawrenceville, GA 30045. Condolences may be sent to or viewed at www.wagesfuneralhome.com. Tom M. Wages Funeral Service LLC, “A Family Company”, 120 Scenic Hwy Lawrenceville, GA, 770-963-2411, has been entrusted with the arrangements.

With sadness we announce the passing of David W. Rock of Dacula, Georgia on Friday, September 24, 2021. He was born April 6, 1945 to Walter Rock, Jr. and Lucille Stirgwolt Rock in Cleveland, Ohio. He moved with his family to Decatur, Georgia... View Obituary & Service Information

The family of David W Rock created this Life Tributes page to make it easy to share your memories.

With sadness we announce the passing of David W. Rock of Dacula,...

Send flowers to the Rock family.