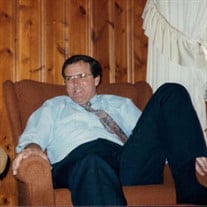 David S. McHugh, 78, passed away on Saturday, May 22, 2001, with his family by his side in Snellville, Ga. David is survived by his wife, Sheila Simpson McHugh; and his daughters, Ginah Deets-McHugh of Atlanta, GA, and Joanna McHugh Fanuele of New York, NY; his daughter-in-law, Annie Deets-McHugh of Atlanta, GA; his son-in-law, Michael J. Fanuele of New York, NY; grandchildren, Oliver, Leo, and Charlie Fanuele, Poppy and McCormick Deets-McHugh; his sister, Joyce Westmoreland; and numerous niece and nephews. David grew up in Gwinnett County with deep connections to the community, which he loved and devoted much of his life to serving. Growing up in Lilburn as the youngest of 5 siblings, David was the prankster of his large family, and often getting into mischief with his older brother, Edward. The United Methodist Church played an important role throughout David’s life. During high school, he met his wife, Sheila Simpson McHugh, at Snellville Methodist Church, where they were eventually married. David and Sheila later joined Cannon United Methodist in Snellville. It was here, that David found a deep sense of purpose – in community, leadership, and service. David spent much of his working years with Pavemark and spent equal amounts of time explaining exactly what they did – ‘they make the stuff that makes the lines on the road, but it isn’t paint’! The family spent many vacation road trips pulled over on the side of the road with David taking photos of the ‘competitors’ lines. In more recent years, David became the proud grandfather of 5 grandkids. He loved being Papa. In so many ways he considered this one of his greatest achievements. Throughout their 55 years of marriage, David and Sheila built a life that was rich with wonderful friends. Warm and dear people surrounded them - from their early years in North Carolina through to the Cannon church, bridge groups, and the River Oaks Village neighborhood tennis & pool gang. This strong community tradition continued with wonderful neighbors in the Carrington neighborhood, and ultimately with the loving staff and caretakers at Dogwood Forest. There will be a memorial service to celebrate David’s life on Friday, May 28, 2021, at 3 pm at Tom M. Wages Snellville Chapel, Snellville, GA. The family will receive friends also on Thursday, May 27, 2021, from 6-8 pm at the funeral home. In lieu of flowers, the family asks for donations to be made to American Parkinson Disease Association, Georgia Chapter, https://www.apdaparkinson.org/1907d3l/ or Cannon United Methodist Church, 2424 Webb Gin House Road, Snellville, GA, 30078. Due to COVID-19 regulations, our staff is committed to taking care of our guests and the families that we serve. We also ask all guests and family members who have not been fully vaccinated to please bring and wear a mask. Condolences may be sent or viewed at www.wagesfuneralhome.com. Tom M. Wages Funeral Service, A Family Company, 3705 Highway 78 West, Snellville, GA 30039 (770-979-3200) has been entrusted with the arrangements.

David S. McHugh, 78, passed away on Saturday, May 22, 2001, with his family by his side in Snellville, Ga. David is survived by his wife, Sheila Simpson McHugh; and his daughters, Ginah Deets-McHugh of Atlanta, GA, and Joanna McHugh Fanuele... View Obituary & Service Information

The family of David S. McHugh created this Life Tributes page to make it easy to share your memories.

Send flowers to the McHugh family.