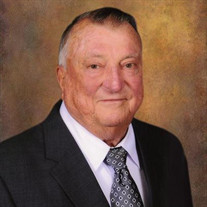 Click to view Livestream Col. George Arthur Rilling, USMC, age 92 of Lilburn, GA, passed away on Monday, January 4, 2021. He was preceded in death by his first wife of 60 years, Barbara Martin Rilling of San Antonio, Texas. He is survived by his brother, Lt. Col. David Rilling and wife Nancy & family, his loving wife of 10 years, Daphne G. Rilling; children and spouses, Dr. George Arthur Rilling, III, Dr. Sue Thomas, Charles Irvin Rilling and Laura, Roxann and Mike Hennings; grandchildren, Jesse Daniel Rilling, Robert Arthur Hennings, Jacob Arthur Rilling, James Weldon Hennings, Julie Rilling Jones, Jase Weldon Hennings, and Caden Harrison Hennings. There are many nieces and nephews, and many of Daphne’s family that were enriched by his love. Art Rilling, sometimes called Uncle Junior, was born in San Antonio, Texas. He attended San Marcos College, Trinity University, and the University of Texas. Art was a member of Gwinnett County Chamber of Commerce, National Buffalo Association, and on boards of several companies. He enjoyed hunting in Texas and Georgia, and being with his family. Col. George Arthur Rilling, USMC was known to his loving family as Super Rilling, Uncle Art, Papa, and Dad. He knew something about everything and a lot about many topics, including the Korean War, WWII, and animals. He was born, and in his heart remained a Texan. When he was young, his grandfather would bring orphaned wild animals to the city of San Antonio. Friends would gather in awe as they viewed native animals that they had never seen. This was the seed that inspired him to start the Stone Mountain/Yellow River Game Ranch, allowing children to experience being up close to animals, from the woods and farms native to Georgia. Before then, he went to San Marcos College and married Barbara Evarine Martin. They were married for 60 years and had 3 children. All of the family worked at the Game Ranch. Education was very important to him. He taught high school and was proud that all three of his children graduated from the University of Georgia. In 1956, the Marine Corps transferred him to that faraway place, Atlanta, Georgia. He worked on many projects, one of which was Toys for Tots. In 1962, Art left active duty, but stayed in the reserves until his retirement in 1979. The Game Ranch was his chosen life. He welcomed school groups, tourists, locals, as well as many nieces, nephews, and local high school students for summer jobs. All received more knowledge than money. The Game Ranch and its animals were used in movies and commercials, including the movie Deliverance and the Today Show. The most famous resident was a Groundhog named General Lee. He was awarded the title of the official weather prognosticator. His predictions were observed by many in this country and several others. In 1983, the Game Ranch was moved to Highway 78, by the Yellow River in Lilburn, Georgia, and became the only tourist attraction in Gwinnett County. Art continued to educated and entertain until his retirement in 2013. Ten years ago, he married Daphne Roos of Suwanee. Together they discovered a second chance at romance. They expanded and joined together loving families. This expanded family now included Daphne’s children (spouses): Binky (Bill), Jim (Liz), Eve (Graham), Michael (Abby), and Daphne (Gene), 13 grandchildren, and 15 great-grandchildren. In their retirement, they enjoyed traveling and each other. He is loved and missed by many. The funeral service to honor and celebrate the life of Col. George Arthur Rilling, USMC will be held on Friday, January 8, 2021 at 1:00 PM at Tom M. Wages Snellville Chapel. Interment will follow at Eternal Hills Memory Gardens, Snellville, GA. The family will receive friends on Thursday, January 7, 2021 from 6:00 PM until 8:00 PM at the funeral home. In lieu of flowers, memorial donations may be made to the Wounded Warriors Project, https://www.woundedwarriorproject.org/donate or Toys for Tots, https://www.toysfortots.org/. You can view the service, which will be livestreamed, either by going to the Tom M. Wages Facebook page or by clicking the blue link, on the obituary page, on our website. Due to the current COVID-19 regulations, our staff is committed to taking care of our guests and families that we serve. Please understand that we will be limiting the amount of people at our chapel for visitations and services. We also ask all guests and family members attending visitations and services to please bring and wear a mask. Condolences may be sent or viewed at www.wagesfuneralhome.com. Tom M. Wages Funeral Service, a family company, 3705 Highway 78 West, Snellville, GA 30039 (770-979-3200) has been entrusted with the arrangements.

[Click to view Livestream]https://www.oneroomstreaming.com/view/authorise.php?k=160989857493753 Col. George Arthur Rilling, USMC, age 92 of Lilburn, GA, passed away on Monday, January 4, 2021. He was preceded in death by his first wife of 60... View Obituary & Service Information

The family of Col. Art Rilling, USMC created this Life Tributes page to make it easy to share your memories.