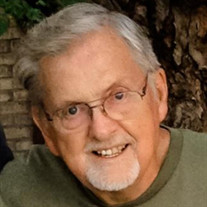 Charles N. Ittner, Sr. (Charlie), 91, of Lawrenceville, GA, passed away of natural causes at MeSun Hospice in Lawrenceville, GA on April 18, 2021. Charlie was born on September 15, 1929 in Danbury, Connecticut to Harold and Mildred Ittner. Charlie was the third child in the family following the birth of his older brother, Harold, Jr. and his sister, Betty. After moving several times during his childhood, the Ittner family settled in Elberton, GA, where Charlie earned a diploma from Elberton High School. After high school, Charlie enlisted in the U. S. Navy serving on the USS Boxer. Upon his discharge from the navy, he enrolled in Southern Polytechnical Institute in Kennesaw, GA, where he earned his associate’s degree in engineering. He left Kennesaw to pursue a job in Chattanooga, TN. While in Chattanooga, Charlie took a chance on a blind date and ended up meeting the love of his life, Sarah Elizabeth (Liz) Aaron. They wed in 1952 and eventually moved to the Atlanta area, to set up household and start a family. Their first stop was Chamblee, where Charlie worked for Anaconda Aluminum. During this time Charlie and Liz were blessed with 2 sons, Charles, Jr. (Chuck) and Richard (Rick). After leaving Anaconda, Charlie signed on with Peachtree Windows and Doors where he worked as a superintendent until he retired at the age of 62. During his time at Peachtree, Charlie and Liz spent a decade living on Lake Lanier before building a custom home in Duluth. Charlie spent his retirement years in Lawrenceville enjoying his wife’s cooking, traveling, and watching his grandchildren grow up. He was extremely devoted to his wife of 63 years, who called him her “knight in shining armor”. Charlie was an avid football fan and also enjoyed being on the lake, fishing, camping, gardening, and reading his daily newspaper. Charlie was preceded in death by his parents, Harold D. and Mildred Ittner, brother, Harold D. Ittner, Jr., sister, Betty Mclendon, and his wife, Sarah Elizabeth Ittner. He is survived by sons, Chuck Ittner and his wife, Jenny, Rick Ittner, and his wife Cindy; grandchildren, Megan Myers and her husband, Ian, Kyle Ittner, Blair Mayer and her husband Ricky, Drew Ittner, Mackenzie Ittner, and Brett Ittner; great-grandchildren Jace and Copelyn Mayer, and Ellie Myers. He also is survived by many beloved nieces and nephews. Services will be held on Saturday, April 24, at Tom Wages Funeral Home in Lawrenceville. Visitation will begin at 10:00 AM, followed by a service in the chapel at 11:00 AM. Place of interment will be North Atlanta Memorial Park in Dunwoody. Flowers accepted, or in lieu of flowers, donations may be made to: Alzheimer's Association Condolences may be sent to or viewed at www.wagesfuneralhome.com. Tom M. Wages Funeral Service LLC, “A Family Company”, 120 Scenic Hwy Lawrenceville, GA, 770-963-2411, has been entrusted with the arrangements.

The family of Charles N. "Charlie" Ittner Sr. created this Life Tributes page to make it easy to share your memories.

Send flowers to the Ittner family.